0 apple, iphone, iPhone 5 4:34 AM
As far as the news come that the new apple iphone 5 is going to release october 4. It is nearly in sync with the october 7 event that Sprint is will be in New York, where it has been expected to announce that it will take Apple new smartphone.

It will also give Apple a jump on Nokia and Microsoft as they are going to announce new Windows Phone in upcoming October. As Nokia is holding a global conference in London on October 26. 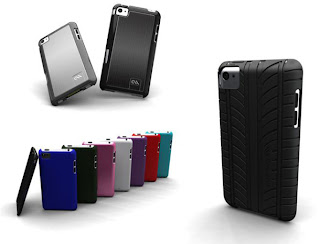 Microsoft is also going to launch the new Mango version of Windows with in the upcoming next week or two weeks. The revamped operating system will be on the new phones and will be streamed out to current Windows Phone 7 devices via the hardware companies.

There was lot of rumors going on about Iphone 5 just like a flood as it iphone became one of the most popular cellphone brand over the world.

But as far the news we have got the new Iphone 5 will look similar as same as the current model but it will comes with bigger screen display and 8 megapixel camera. Also a new design antenna that fixes the iPhone 4 issue that cuts signals if the device held in certain way.

The phone may be pitched as a 4G cell phone if it works with AT&T HSPA+ network. but there is still no news yet that it's going to work with the new LTE networks operated by AT&T and Verizon.
Posted by Toukir Rahman