Aim High - You and your friends

0 facebook, facebook news, Social Networks 3:13 AM
Warner Bros is going to launch a action Facebook TV show You & your friends Aim High.This will be basically a experimental live action show will be on Facebook in next month.The name of the show is Aim High - the story of the show is a young teenager guy who have double part like in the day he is a high school student a government operative in night.McG, of Charlie's Angels fame, will direct the series, which makes its debut on October 18 on Facebook and Cambio.com. 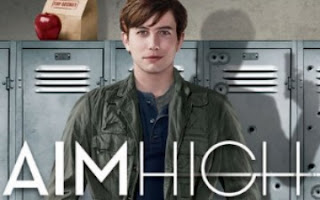 It is claiming to be the first ever social series by a hollow studio, Aim High will use facebook technology so therefor your photos, friends and other information on your profile shows up in the background. This feature has been used by Mentos and True Blood. In some scenes your photo might appear in a student body election poster and your name might be scrawled in graffiti on the bathroom wall. Viewers will also able to share comments and share tweets on twitter about this show.

While more networks are trying hand at so called transmedia storytelling, using facebook as a test bed for new properties may be a smart idea. But incorporating profile data could distract from the action more then its adds to it. So are you going to watch a show on facebook ? what do you think you are going to like it or not ? does it really interesting to you ? let us know though comments.
Posted by Toukir Rahman