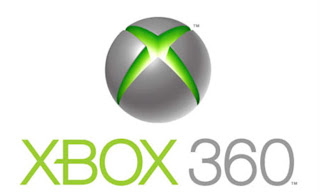 Xbox 360 led the U.S. console market for the seventh consecutive month and has sold more units in the U.S. than any other console for 13 of the past 14 months.
Though the video-game console and software market has slowed industry wide, Xbox 360 remains on track to have the biggest year in Xbox history – an unprecedented feat in the sixth year of its lifecycle.
July 2011 highlights from the NPD Group, an independent market research firm that tracks the video-game industry, include:
· Holding 45 percent of the overall current-generation console market, Xbox 360 sold 277,000 units in July, maintaining the number-one console spot in the U.S. for 2011. This marks the fifth month Xbox 360 has held more than 40 percent of the current-generation console market share.
· Total retail spending on the Xbox 360 platform in July – including hardware, software and accessories – reached $250 million, the most for any console in the U.S.
In addition to the console’s momentum, the Kinect for Xbox 360 continues to appeal to consumers in new ways. Kinect Fun Labs has garnered more than 1 million downloads in only two months. The worldwide gaming phenomenon “Fruit Ninja” – created by Halfbrick and Microsoft Studios – came to Kinect yesterday as “Fruit Ninja Kinect.” By the end of 2011, the Kinect games portfolio will triple and Xbox will debut new partnerships with the likes of Ultimate Fighting Championship and Disney to the platform.
With “Gears of War 3” launching next month and more major launches to follow during the holiday season, Microsoft expects Xbox 360 to maintain its lead throughout the year, ending 2011 as the number one console worldwide.
Posted by Toukir Rahman