0 Cellphone news 2:07 AM
If we were to blindfold people and ask them to pick a device, I’d imagine many would pick up the Xperia Arc and never want to put it down again. The curved back of the Arc is lovely to say the least, and at 8.7mm thick (at its thinnest point anyway) it is a credit to Sony Ericsson to produce something of this size.
Unfortunately with a blindfold on you can’t see how pretty the device is. It’s a slim and individualistic phone that manages to make a mark as something of a looker with its nice slim bezel.
Those without sight would also miss out on the Arc’s excellent screen, which due to its BRAVIA Engine – the same as in Sony TV’s – is really something and produces some excellent images as well as being wonderful to read text from. It is in fact one of the best we have see on any phone and is nearly as good as the Samsung Galaxy SII and its Super AMOLED Plus display.
The Arc is powered by a decent sized 1GHz chip and 512MB of RAM, which does a good job to ensure the phone runs smoothly and without any glitches and also makes it suitable for multitasking.
Though the best thing about the Xperia Arc comes from all the years of camera making Sony has engaged in. The phone has an excellent 8.1mp camera with an excellent Exmor R sensor, taken from other Sony devices like the Cybershot cameras. This means the phone is nearly capable of being just as good as a digital camera when it comes to taking photos. It offers deep blacks and great whites and this is all shown up wonderfully clearly on the BRAVIA powered 4.2inch screen.
We used the phone for a while and we must say we were impressed with the user experience the Arc offers, which has not been Sony Ericsson’s strength in the past. 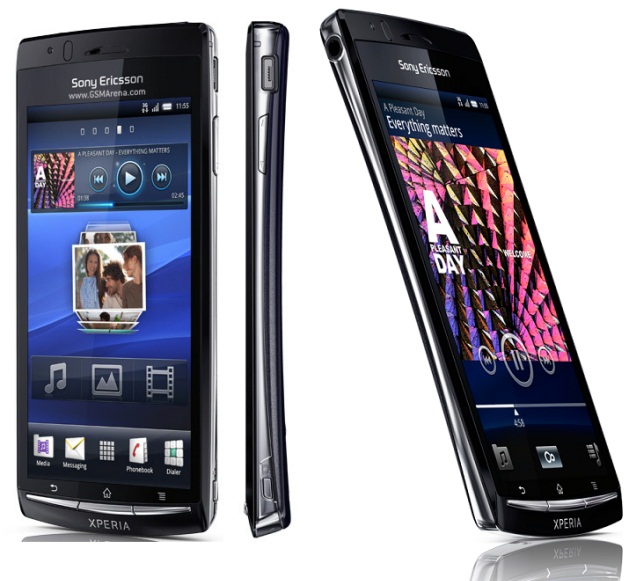 Android 2.3 is well incorporated with Sony’s own interface and aside from a few flaws with their own applications, like Timescape, the Sony really offers an experience for the user that is nicer than most. Notably, the Arc includes some great entertainment features including little tweaks to Android to improve on entertainment value, such as a button in the media player taking you to videos on YouTube of the artist you are listening to.
One of the things we weren’t so fond about were the buttons at the bottom, these are physical and not touch buttons and they are very close together, this leads to people like us who have fat fingers pressing the wrong button at a particular time – not ideal by any standard and quite irritating at times to be frank.
Overall the good really outweighs the bad and Sony Ericsson has pulled off an excellent phone with the Arc that really makes a name for itself in the market. You can find out more about the Arc at Best Mobile Contracts, including a run down of the latest deals.
Posted by Toukir Rahman