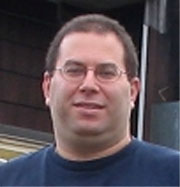 One of the first figures to plaster the internet with millions of spam messages before being driven underground has been criminally charged for hacking some 500,000 Facebook accounts, stealing their personal information, and sending 27 million unwanted advertisements.

Sanford Wallace, now 43, first figured out a way to evade Facebook's spam filters and then employed a script that automatically logged in to the accounts he had compromised and retrieve a list of all the users' friends, according to an indictment filed Thursday in federal court in San Jose, California. He then allegedly posted junk messages on each of the friends' Facebook wall.

When people clicked on a link in the message, they were directed to a website that phished their name, and account credentials, prosecutors said. He allegedly carried out the scheme in just five months, starting in November 2008.

“Wallace continued his spamming scheme by storing the information provided by Facebook users, such as email addresses and passwords,” the indictment stated. “Wallace then used the user's email address and password to log into Facebook in order to continue to send spam messages.”

The indictment comes almost two years after Facebook was awarded $711m in damages from Wallace after suing him over the alleged scam. He faced a similar lawsuit from MySpace that in 2008 resulted in a $230m judgement. It's doubtful the company has recovered a dime of either judgement.

Wallace surrendered to FBI agents in Las Vegas on Thursday. He made his initial appearance in court a little while later and was released on $100,000 bail. He was ordered not to access Facebook or MySpace.

The indictment charges Wallace with six counts of fraud and two counts of intentional damage to a protected computer. He was also charged with two counts of criminal contempt for logging in to Facebook after the federal judge in the civil action brought by the site ordered him not to. One of the forbidden logins occurred while Wallace was aboard a Virgin Airlines flight from Las Vegas to New York.