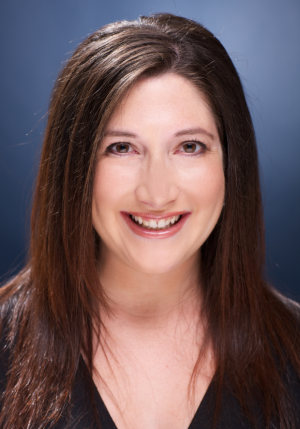 Randi Zuckerberg, Facebook’s marketing director as well as Facebook co-founder and CEO Mark Zuckerberg’s sister, is leaving Facebook. Six years after joining her brother’s seven-year-old company, Randi is moving on to start a new media firm called RtoZ Media (clearly a play on her name) that will help businesses become more social.
“We can confirm Randi has decided to leave Facebook to start her own company,” a Facebook spokesperson said in a statement. “We are all grateful for her important service.”
Randi further confirmed the news via her Twitter account: “It is with mixed emotions that I announced my departure from Facebook today to launch my own initiative. More info soon… dthin.gs/oWMTHy”
Randi has been a high-profile and charismatic personality both inside the social networking company and in Silicon Valley, according to All Things Digital, which also obtained Randi’s resignation letter (embedded in full below). She has been on maternity leave for the last three months, after having her first child, and being away from the rapid-fire pace at Facebook reportedly gave her time to reflect on what she wants to do in the next phase of her career.
Most recently, Randi was quoted as saying she thinks “anonymity on the Internet has to go away.” Given that her brother has similar views, it is likely her new company will be very closely tied to Facebook, rather than Google+ or Twitter.
Here’s the full text of her resignation letter:


8/3/11
Dear Sheryl and Elliot:
I’ve decided my time at Facebook is coming to a close.
When I think about the projects I’m most proud of during my six years at the company, they all have one thing in common – they revolve around the intersection of traditional media & social technology:
I have spent my years at Facebook pouring my heart and soul into innovating and pushing the media industry forward by introducing new concepts around live, social, participatory viewing that the media industry has since adopted. We have made incredible progress, but there is still much to be done and other ways I can affect change. Now is the perfect time for me to move outside of Facebook to build a company focused on the exciting trends underway in the media industry.
I’m proud of what I’ve done here and the people I have had the chance to work with. But I know I’ll be able to do just as much or more for Facebook once I’m on the outside. My goal is to launch my own innovative programming and work with media companies to develop their programming in new, and more social ways. In attacking this challenge, Facebook will clearly be a central element in all of my projects. I plan to demonstrate that ANYONE can do groundbreaking media work on the platform. And to the extent it makes sense for you, I’d be happy to advise Facebook on media projects, “Facebook Live” or other initiatives if it is desired.
As I end this chapter of my career, know that I leave with a deep love for Facebook and I value the experiences I have had here immensely. Be assured I will continue to be a strong, vocal evangelist for the most incredible social platform ever created. I am thankful for the strong mentorship, guidance, and support, which is empowering me to follow my dreams and show that you don’t have to be an engineer to be a hacker
Thanks for everything. If you need to reach me email at my new company is best, Randi@RtoZMedia.com.
Randi