0 apple, News And Information 3:44 PM
Following his ascension to the role of Apple CEO, Tim Cook on Thursday sent out a company-wide e-mail assuring employees that nothing will change at Apple and everything will be just like before.
The four-paragraph note from Cook, obtained by Ars Technica, aims to address any concerns that employees might have about the transition. "I want you to be confident that Apple is not going to change," the new CEO wrote.

He said that the company built by the leaving chief executive, Steve Jobs, has a "culture that is unlike any in the world." He promised that Apple will "stay true to that," because it's in the company's DNA.

"I am confident our best years lie ahead of us and that together we will continue to make Apple the magical place that it is," Cook wrote.

The new CEO has been with Apple and worked with Jobs for over 13 years. He is widely regarded as an operational genius who may lack the charisma and vision of Jobs, but many believe can keep the company headed in the right direction.

Analysts on Wall Street also have few concerns about Apple in the short-term with Cook at the helm. They view the transition as a change years in the making, with Apple's deep bench of executives groomed for a new era without Jobs as CEO. 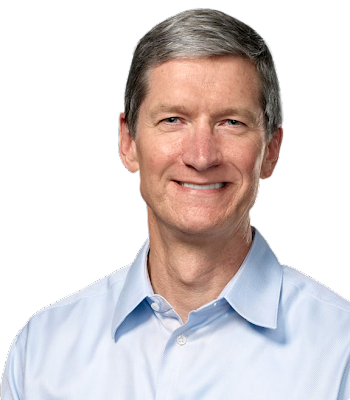 The full text of Cook's email to Apple employees is included below:

I am looking forward to the amazing opportunity of serving as CEO of the most innovative company in the world. Joining Apple was the best decision I've ever made and it's been the privilege of a lifetime to work for Apple and Steve for over 13 years. I share Steve's optimism for Apple's bright future.

Steve has been an incredible leader and mentor to me, as well as to the entire executive team and our amazing employees. We are really looking forward to Steve's ongoing guidance and inspiration as our Chairman.

I want you to be confident that Apple is not going to change. I cherish and celebrate Apple's unique principles and values. Steve built a company and culture that is unlike any other in the world and we are going to stay true to that—it is in our DNA. We are going to continue to make the best products in the world that delight our customers and make our employees incredibly proud of what they do.

I love Apple and I am looking forward to diving into my new role. All of the incredible support from the Board, the executive team and many of you has been inspiring. I am confident our best years lie ahead of us and that together we will continue to make Apple the magical place that it is.