Although there are quite a few video players available for Android users but MX Video Player simply has the edge when it comes to finding a player that combines optimum quality video playback options with a host of video formats. MX Video player supports all the popular video file formats including:
The player has the capability to auto-detect video files from your device directories through its Video Scan option. Users can also search for videos files and select preferred video folders manually. The best thing about MX Video Player is that it does not require external codecs to play any specific video format although there are various codecs available for selective devices. Plus, detailed information of any video being played can be viewed within the app. 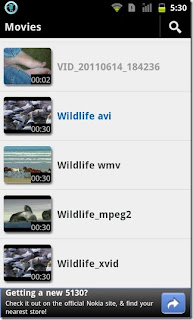 Videos can be controlled while they’re being played through various gestures. For instance, a simple little tap on the screen toggles video play/pause, horizontal drag anywhere on the screen allows playback position adjustment (seeking), vertical drag on the left side of the screen adjusts brightness of the video while vertical drag on the right of the screen increases/decreases volume. MX Video Player also supports audio track selection for videos that contain multiple audio tracks. Subtitles can be easily searched and/or scrolled during video playback. MX Video Player remembers resume position for all video files. Screen controls can be locked while the videos are being played for an uninterrupted movie experience. 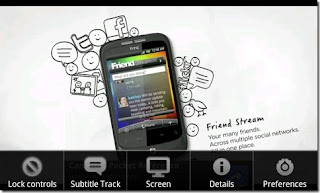 During our brief test run of the player on various devices, MX Video Player played multiple video formats quite smoothly and almost flawlessly. However, MX Video Player displays ads at the bottom of the screen while video is paused which is perhaps the only blemish in an otherwise useful app.  The app is available in the Android Market free of cost and requires Android 2.1 or higher. Grab your copy of MX Video Player from the Market link or QR code provided below.