Over the weekend, the open source outfit posted the latest stable version of Firefox to its FTP servers, but the browser wasn't formally released on the web until Tuesday. 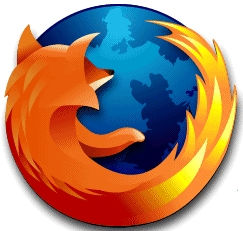 Firefox 6 is the second incarnation of the browser released under Mozilla's new quarterly development cycle. Previously, the organization rolled out a new Firefox every eighteen months or so, but then Google upped the ante.

With the latest version, Mozilla says, it has improved the startup time of Panorma, a means of organizing your browser tabs, and it has tweaked the "Awesome Bar" – the Firefox address bar – to make it easier to identify exactly where you are on the web. But the biggest changes are for developers.

Mozilla has added a text editor called Scratchpad that lets developers enter, execute, test, and tweak JavaScript code. The idea to offer an alternative to Firefox's Web Console or the Firebug command line, which are designed around a single-line interface. "Interaction with Scratchpad is quite different. It throws away the 'one line of input gives you a line of output' interaction in favor of a text editor that knows how to run JavaScript," Mozilla says.

But if you prefer the Web Console, Mozilla has updated it as well, improving the auto-complete tool and letting you change where the console is located. In the past, the console was anchored to the top of the browser window, but you can now move it to the bottom or open it in a separate window.

The open source outfit has also added a "Window.matchMedia" API to help developers optimize their site or web app across disparate platforms, and "Prefixed WebSockets" and "server-sent event" APIs, designed to facilitate communication between Firefox and back-end web servers.

Packed with all sorts of additional security and bug fixes, Firefox is available for Windows, Mac, and Linux. You can download it here.

Mozilla also released a new version of Firefox for Android on Tuesday, adding a new welcome screen designed to provide quicker access to various tools, working to improve image rendering, and rolling in a few tools for those building mobile web apps. This includes a "single touch events" API, for detecting screen touches and gestures, and IndexedDB API, which provides local database storage for apps that need to work offline.

The new Firefox for Android is now available from Google's Android Market.
Posted by Toukir Rahman