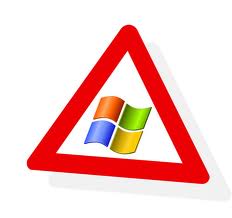 A survey from Microsoft reveals just how widespread the fake tech support call scam is becoming.

The crooks cold-call people at home and claim to be calling from Microsoft or a well-known security firm and offering "free security checks".

The software giant surveyed 7,000 computer users in the UK, Ireland, US and Canada and found an average of 16 per cent of people had received such calls. In Ireland this rose to a staggering 26 per cent.

More than a fifth of those who received such a call, or 3 per cent of the total surveyed, were tricked into following the crooks instructions which ranged from allowing remote access of their machines, downloading dodgy code or in some cases giving credit card information in order to make purchases.

Microsoft said if someone claiming to be from Windows or Microsoft Tech Support calls you: "Do not purchase any software or services. Ask if there is a fee or subscription associated with the 'service'. If there is, hang up."

Microsoft warned that while the gangs were currently targeting English-speaking countries it was just a matter of time before they go after other countries.

The company advised anyone who had already fallen for such a scam to change their passwords, scan their machines for malware and contact their bank and credit card providers.
Posted by Toukir Rahman