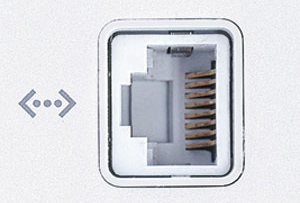 You’ve picked your router and set up all the basics, so now it’s time to optimise your network. In this lesson, we’re going to look at how to improve your network’s speed and wireless signal so it’s operating at full capacity.

In theory, your network should work just fine as-is, but we all know that reality can differ from what should ideally be the case. How well your router performs is going to depend on a lot of factors, so these tips and tricks might work better for some than others. For example, strategies for improving your wireless signal aren’t going to do much unless your router is dealing with some interference. On the other hand, tweaks can only do so much if you’re dealing with really bad interference. That said, whether the improvement is marginal or great, we’re going to look at all sorts of ways to get your network running as fast and efficiently as possible.


Use Your Wires Whenever Possible

Wi-Fi is nice, but it’s rife with signal issues and slower than a wired ethernet connection–even when Wi-Fi is performing its best. If you can wire up your devices, you should. When transferring files between devices you’ll always get better performance over a wire, and internet connections over 25Mbps (NBN ahoy!) will also benefit from wires. That may seem strange when many routers advertise wireless speeds that are much higher, but real-world performance is generally far lower.
If you can’t wire up your home, powerline ethernet adapters (like Belkin’s gigabit option) can be a good alternative. It’s pretty rare that you’ll have a power line capable of maintaining gigabit speeds, but you may still achieve better performance than you would over the air with 802.11n. If you want to give powerline adapters a shot, just buy a set from a store with a good return policy and see how they work. If they don’t, you can always take them back. If they do, you can buy as many as you need. Just be sure to test them on every outlet you’re going to use, since some outlets work better than others with power line adapters.

There are plenty of tricks you can employ to improve your Wi-Fi signal. Your mileage may vary depending on your situation, but most methods are pretty easy and worth a look. In this section, we’re going to take a look at our favourites. They’re all things you can accomplish with very little effort. 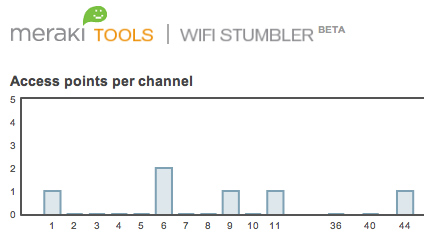 While radio frequency interference is going to be an issue in your home, one of the biggest causes of interference that’ll slow down your Wi-Fi speed is other Wi-Fi routers in your area. That’s often because most Wi-Fi routers default to the same channels: 6 or 11. (You don’t need to understand all of this to fix the problem, but we’ll explain.) Additionally, the standard channel width is 20 MHz, which means that even though you’re on channel 6, which has a frequency of 2.437 GHz, your channel width spans 20 MHz around that frequency. Since each channel is only 5 MHz apart from the next, your signal is bleeding into the others. While you can adjust the channel width, this may only help some of the time as your router’s needs will change. Ideally channel width would be adaptive, but since that isn’t a reality the best thing you can do is pick a channel as far from the others as possible.
wireless network locater WiFi Stumbler is a webapp that provides a simple way to check what channels are in use in your computer’s range. Simply look for the channel with as much space around it as possible and use that channel instead of what you’re currently using. Also note that while you may pick up competing signals on the same channel, if they’re all very weak that can be a better choice than choosing a lesser-used channel with a strong, competing signal.
Basically, if your neighbor’s on channel 1 and a few people down the block are using channel 4 (and you’re somehow picking up their Wi-Fi), you’re still probably better off using channel 4 for your Wi-Fi. That is, unless there’s a huge amount of interference on channel 5. As you can see it can get a little tricky, but the goal is to pick a channel that keeps its distance from other signals with the same or overlapping frequencies.

Your Wi-Fi router transmits its signal with a set amount of power, but that’s something you can adjust. In theory, if your signal sucks you’d want to just transmit it as powerfully as possible. In reality, boosting your router’s transmit power too much can actually make things worse. But there’s a magic number: 70 mW.
In general, your router’s transmitting at 28 mW, but most routers can handle 70 mW without issue. According to the DD-WRT documentation, setting this any higher could fry your router’s radio chip because your router’s not designed to handle the excess heat. You technically can turn it all the way up to 251 mW, but if you do you’re just asking for trouble. If your router overheats, it’s going to perform far worse — or die. Staying in a safe range may only show marginal improvements, but that’s much better than a dead router.
Unfortunately most routers don’t allow you to boost your transmit power, so if you’re not using custom firmware like DD-WRT or Tomato, you’re probably out of luck on this one. If that includes you, just read on as the next section can help solve signal issues with virtually any router.


Extend Your Signal with DIY Projects 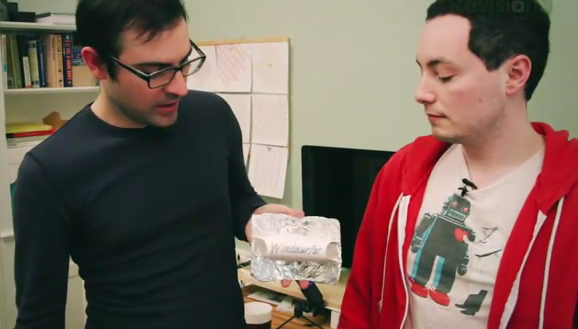 Sometimes router settings just aren’t going to cut it, so you need to put on your tinkering hat and make a DIY booster. We have looked at many Wi-Fi boosting projects, such as this tin can extender or a repurposed satellite dish. There are also several range-boosting products on the web, but if you can avoid shelling out another $100, it’s worth giving a DIY option a try.


Use QoS to Help Prevent Bandwidth Hogging and Network Overloads 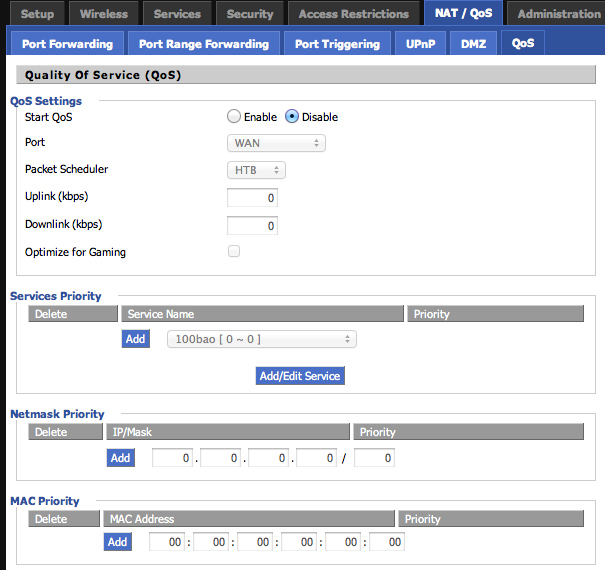 Quality of Service, which is essentially a set of rules that throttles bandwidth when a person (your roommate) or application (BitTorrent) is trying to hog it all. Say, for example, you want to video chat while your roommate is downloading a movie. QoS helps make sure both endeavours have enough bandwidth.here is a quick overview of what you need to do.

First things first, navigate to your router’s QoS page (if it exists — not all router firmwares have this feature) and enable QoS. That’s not going to do anything yet, because we have some settings to fill out first, but I always forget to enable features so I like to do that first. In your QoS settings you should have a few settings and toggles to deal with. Here’s a quick look at your options in DD-WRT (note: this will vary from router to router, but obviously we can’t go over every single brand’s firmware):
Once you’ve got those global settings taken care of, you can start specifying rules. DD-WRT splits these rules up into three categories: Services, Netmask, and MAC priorities.
Services Priority will let you set bandwidth priorities for different applications. These applications are pre-set and include everything from SMTP to BitTorrent to Xbox Live. If a particular service isn’t listed, you can add it yourself.
Netmask Priority can give bandwidth priority to a range of IP addresses. For example, if you have three computers that use the IP addresses 192.168.1.10, 192.168.1.11, 192.168.1.12, you can specify that range to receive priority. This can be useful if you want to ensure that your machines will always take priority over any guest computers that show up on your network.
MAC Priority is a way to set which specific devices receive priority over others. Here you enter your device’s MAC address (a MAC address is a unique identifying address for your computer’s network adaptor) and set a relevant priority.
Once you’ve chosen a service, IP range, or MAC address, and added it to your priorities list, you have to actually define the priority. By default the priority will be set to Standard, but you can promote it to Express or Premium to give it a higher bandwidth priority over other items on the list. These categories are good for applications that will sometimes require additional bandwidth, such as video chat and VOIP. You can also set any item to Exempt to let the app or computer use as much bandwidth as it wants and Bulk if you want it to only use bandwidth that is left over from other applications.
After you’ve finished adding all your devices and setting their priorities, you can save your settings and let your router reboot (if necessary). That’s really all you have to do to get QoS working.