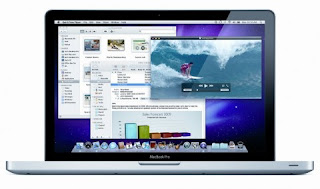 Apple released OS X Lion, 10.7.1. Typically, these updates are pretty standard and boring. However, this update addresses an issue I’m having with Safari… or what I thought was a Safari issue (see image above). Safari refuses to load a web site and says it’s YOUR network or internet connection.

I thought it was an annoying bug in Safari. Turns out it’s a Lion problem and Apple is trying to fix it with 10.7.1. It claims to “Improve the reliability of Wi-Fi connections.” (I’m assuming that’s what they’re trying to fix) Fingers crossed.

So, if you installed Lion and use a Wi-Fi connection, you should get the update.
Here’s the rest of the boring update details:
If you already have Lion and want to get the 10.7.1 update, click the Apple Menu in the top left corner of your screen. Then click Software Update.
Posted by Toukir Rahman