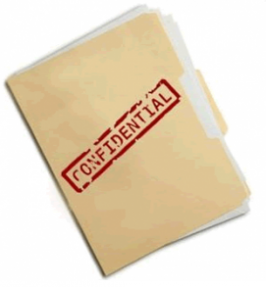 A partially-redacted letter from AT&T lawyers to FCC officials was accidentally posted on the FCC website today, and it reveals quite a bit about AT&T‘s strategy for its proposed acquisition of T-Mobile. Unfortunately, the filing has come and gone on the website, but the folks over at Wireless Week took down some notes for us.
Here’s what’s up: AT&T faces heavy competition since its biggest rival, Verizon, has been implementing its LTE network at a much faster pace. Verizon has plans to build out its network to the point where it would provide coverage for up to 97 percent of the population, and the expansion is already underway. AT&T’s initial plan (sans T-Mobile) only provided for 80 percent, and the company has yet to get its first set of cities rolling. So not only has Verizon been moving faster, but it’s also been covering more ground.
According to Wireless Week, the letter from AT&T lawyers to the FCC gives us our first-ever peek into how much it would cost AT&T to match Verizon’s planned LTE footprint, had the company not chosen to acquire T-Mobile. This is going to blow your mind, so get ready. The price of expanding its LTE coverage to rural areas would have cost AT&T $3.8 billion. But the letter also says that the $3.8 billion price tag and the speed at which AT&T would have to deploy made that impossible.
“AT&T senior management concluded that, unless AT&T could find a way to expand its LTE footprint on a significantly more cost-effective basis, an LTE deployment to 80 percent of the U.S. population was the most that could be justified,” AT&T counsel Richard Rosen said in the filing.
Yet, AT&T is willing to throw down a staggering $39 billion to swallow up T-Mo and get that 97 percent foot print up and running. Confused? Totally understandable. Let’s parse through this together, shall we?
While this isn’t quite as bad as it looks, it’s still not good. Rosen isn’t just straight up lying when he says AT&T needs a cost-effective route to make its LTE plans a reality. These carriers have to spend, well $3.8 billion-ish, to bring coverage to rural areas. The problem is that there are way more towers to build, each of which covers far fewer people than in metropolitan areas. That means the return on investment isn’t nearly what AT&T would like it to be.
Wireless Week spoke with ABI Research analyst Phil Solis, who seems to understand where Rosen and AT&T are coming from. “You really do get diminishing returns,” he said. “They’re making the case that if they’re allowed to acquire T-Mobile, they’ll have so many revenue benefits that they’ll be able to afford the extra coverage. It would help.” But that doesn’t really change the fact that we end-users would be left with a duopoly. What’s best for AT&T isn’t what’s best for everyone, and it’s the FCC and DoJ’s job to make sure the public interest is protected at all costs, regardless of AT&T’s preferences and financial situation.
What’s interesting is that the letter revealed that AT&T decided not to spend that $3.8 billion in the beginning of January. But according to Bloomberg, Sprint could have potentially been in talks with Deutsche Telekom during the same period, with its own plans to acquire T-Mobile. Bloomberg reported on March 8 that multiple sources familiar with the matter confirmed that Sprint and Deutsche Telekom were in “off and on” meetings about a possible T-Mo merger. It’s entirely possible that those conversations started in January, or even earlier, and Bloomberg only got wind of it towards the tail-end of the situation.
If that’s the case, AT&T may have tried to shell out a $39 billion premium just to keep T-Mo out of Sprint’s reach, citing costs to cover its tracks. I’m no economist, and have no way to figure if AT&T would actually be saving money by paying $39 billion for T-Mo instead of $3.8 billion to build it’s network. But it seems a bit shady, no?
AT&T vehemently denies that any new or suspect information was released with the leak. “There is no real news here,” said AT&T spokeswoman Margaret Boles in a statement. “The confidential information in the latest letter is fully consistent with AT&T’s prior filings. It demonstrates the significance of our commitment to build out 4G LTE mobile broadband to 97% of the population following our merger with T-Mobile. Without this merger, AT&T could not make this expanded commitment. This merger will unleash billions of dollars in badly needed investment, creating many thousands of well-paying jobs that are vitally needed given our weakened economy.”
There’s really no way to know for sure what we should believe here. The only thing we can do is hope that this leak puts a little extra pressure on the FCC and DoJ to really carefully consider the deal that’s been placed before them.
Posted by Toukir Rahman