Home » News And Information » Is Google+ a Facebook Killer?

0 News And Information 1:26 AM
Is Google+ a Facebook killer? It’s too early to tell yet, but it’s going to be a big fight. The opponents are each operating with a different set of advantages. Facebook has the clear advantage of being the top dog in social media with the biggest group of users. But Google+ may prove to be a better platform.
Google enters the social media fray with a mixed track record. Their products have pretty much been outstanding across the board. For some reason though, Google seems unable to generate the hype, publicity and enthusiasm for some of its products to break through and catch on with the public.
If Google can gain a groundswell of support and Google+ catches on, Facebook may be in big trouble. Facebook users may be loyal to Facebook but they have other social media suitors. A typical Facebook user is plugged in to LinkedIn and Twitter as well as Facebook.
They’re using LinkedIn as a Facebook-for–business-kind of platform and relying on Twitter for following famous people and celebrities in whom they have an interest.
Facebook started as a glorified college chat/gossip forum and essentially remained a university playground for a while. They’ve continually evolved since those early days but the changes they’ve been making are just patchwork on their original model. You know it’s a problem for a social media site when users prefer the old version every time an update is rolled out.
That’s what Facebook seems to be doing. Updates for the sake of updates will not cut it, especially with Google+ ready to begin nipping at their heels. Arguably, the last update Facebook added that really ENHANCED usability was the chat feature. And that happened in 2008. That’s an eternity in social media time. And the integration of Skype was he next big thing by them.
Another sticking point for dedicated Facebookers is the ever-growing annoyance of Facebook advertisements intruding into the mix. Facebook has to have advertisement revenue. It’s becoming their financial lifeblood. But Google has other revenue streams which mean that Google+ could remain advertisement-free indefinitely. That’s a huge advantage for Google+. 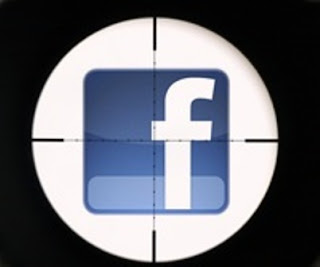 When Facebook users realize that the activities for which they now need multiple social media platforms could all be done within Google+, Facebook may be in trouble. With the ability to segregate contacts within Google+ according to the user’s choice, a unique opportunity arises.
All of the professional/networking contacts on LinkedIn can now be placed in a specific professional/networking circle. Family members can be placed in a circle of their own. Acquaintances in another; you get the idea. None of your contacts knows which circle they’re in, so someone who considers themselves a friend never has to know that you’ve placed them into the less intimate acquaintances circle.
The potential of Google+ from the outset of its launch for networking, online education, internet marketing and casual socializing is huge. Facebook’s initial foray into the undergraduate college social scene could look sophomoric in comparison.
The potential ability of Google+ to offer one platform for all social media activities is revolutionary. But whether that ability is recognized by enough users to push a groundswell of support and a big user base is the million dollar question. Is Google going to produce another brilliant idea that people are too stupid to recognize? It wouldn’t be the first time it’s happened.
Posted by Toukir Rahman