0 app store, apple, iOS, iphone, iphone news, iradar 5:42 AM
Cobra co-opted the expensive display and GPS receiver in your iPhone in exchange all the features of a $400 radar detector for a more wallet-friendly $129. Now that’s ingenuity. 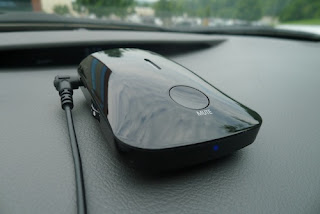 Preparing to depart on your summer vacation? You’re not alone. Many Americans (and heck, Europeans for that matter) have scheduled time off from work during the month of August for vacation. Whether its with family or friends, many of us will find ourselves behind the wheel for the fateful road trip.
If you’re a frequent driver, you already know the value of a radar detector — and probably already have one attached to your windshield. Casual drivers can also benefit from a decent radar detector, but if you have a lead foot you owe it to yourself to check out the latest in detector technology. Tickets are expensive after all.

iRadar ($129) is a radar/laser detector from 50 year old consumer electronics firm Cobra Electronics. What makes it different from other detectors is that it banishes the traditional display from the front of the unit, save a single, multicolor LED. In its place iRadar uses your iPhone’s gorgeous touchscreen as a surrogate display — over Bluetooth. 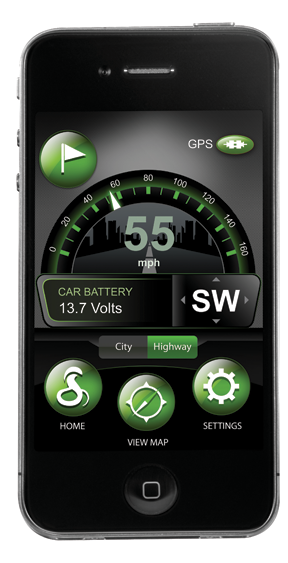 Instead of adding a touchscreen to detector, Cobra offloaded the detector display to the 3.5-inch color LCD in your pocket. It’s a brilliant move too. Why pay for another screen on your detector when the one you already own is infinitely better?

The good news is that iRadar is a fully-functional, standalone radar detector, so you’re still protected if you forget your iPhone. You will not, however, get the full spectrum of traffic threat alerts, GPS coordinates and additional features without it.

The Cobra iRadar is a good radar/laser detector, but when paired with an iPhone running the iRadar app, it becomes a comprehensive speed management tool and early warning system. iRadar connects to your iPhone via Bluetooth and allows you to view and hear radar alerts, control settings, log alert history and be warned of upcoming speed and redlight cameras.

One of the nice touches is that Cobra added an extra USB port on the iRadar 12v automotive adapter allowing you to connect another USB charger (like your iPhone’s dock cable) to the adapter while it’s in use powering the iRadar. I wish that iRadar was battery-powered (like my Escort Solo) to avoid having another power cable running down my dash (the other is my Garmin GPS), but when asked about it, Cobra responded that iRadar requires more power that an external battery can adequately provide.

The iRadar iOS app adds a new dimension to the traditional radar detector providing a lot more information than presently possible on a standalone model. Cobra borrows the expensive display and GPS receiver in your Apple iPhone and, in exchange, provides most of the features of a high-end ($300-$400) detector for a more wallet-friendly price. iRadar is available for $129 from the Cobra Store and at the Apple Store and the companion iRadar app for iOS is free.
Posted by Toukir Rahman