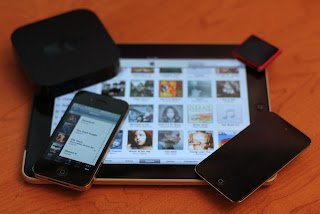 Iphone 5 will going to releasing on October 7. As we got news from iPhone blogs that the new iPhone what we call next generation iPhone is releasing 7 2011 and with lot more new features and functions.
Apple’s next generation iPhone, be it an iterative “iPhone 4S” or a completely revamped “iPhone 5” could go on sale October 7 in the US. That’s a Friday, which isn’t uncommon for iPhone launches. Originally it sounded more like a second week of October launch, more like October 14, but now it sounds like the first week. We’re still hearing that an “iPhone 4S”-style device, with improved processors and optics, is more likely than an all new design, but given the many and varied rumors, it’s impossible to tell for sure. It could even be that the “iPhone 4S” is the budget iPhone Apple supposedly completed work on just before WWDC 2011 (the iPhone nano, so to speak), and the “iPhone 5″ is the new high-end model. That could explain the supposedly conflicting rumors.
iPad 3, which Apple may have flirted with releasing this fall as well, sounds like it might have been put back on it’s traditional Spring schedule. Whether or not the component costs and yield rates of the rumored 2048×1536 Retina Display simply aren’t where Apple needs them to be yet are unknown.
Still, Apple can and will change their plans up to event day, so take all of this with a Cupertino-sized grain of salt. (And feel free to attribute any combination of “people” “sources” “familiar with” “knowledge of” and “little birdies” makes you happy.)
Posted by Toukir Rahman