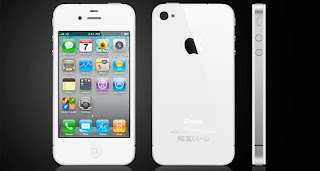 I think the iPhone 4 is a great piece of IT engineering. Unfortunately, it was released at a time when hand held engineering marvels are becoming something of a commonality, what with Samsung, Nokia and other competitors offering their own top notch phones. For this reason, the iPhone 4 just didn’t make such a big splash in sales.

Because of Apple’s mediocre performance on this product, there is pretty good reason to expect that the brand will try very hard to come up with a new model that sweeps away the competition, and certainly addresses the many disappointments that consumers have with the current line of its smartphone.

So, what are people saying the iPhone 5 will be like as compared to the iPhone 4?

While the iPhone 4 had a pretty good processor, the iPad 2 came out with an A5 Dual Core CPU (central processing unit), which means that the upcoming generation of iPhones should have that processing capability, at least. Of course, we could always hope that it will be packing even better gear, but that seems unlikely.

As great as the iPhone 4 was at handling audio and visual files, Apple’s research and development team just couldn’t manage to get it to play 720p and 1080p videos. That was a big disappointment for consumers, since we’ve come to expect so much from hand held devices these days. We like to be able to carry our entertainment everywhere and anywhere we go, and to be able to access it anytime. We also want all this convenience and luxury available in the best possible quality, and nowadays that means videos in 720p and 1080p HD format.

This means that we have good reason to hope that Apple will deliver this feature with its upcoming iPhone 5. After all, competition is really stiff, and if they don’t do it first, somebody else will, and that will really eat into the company’s coffers, so to speak.

The iPhone came with 16GB and 32GB options, which is, in our humble opinion, about all you need really. After all, how much of your files do you really need (or are willing to commit) to your hand held device? Imagine that dropping it, losing it, having it broken or getting it stolen will cost you all that memory… what a disaster that would be!

But anyway, regardless of what we think, there are apparently a good number of folks who do wish that the iPhone came with a 64GB option. Well, they may get their wish with the iPhone 5. This is all just anticipation, of course, but it doesn’t hope to dream.

There’s also something called iCloud or “cloud memory,” which many are hoping will be something included in the iPhone 5′s capabilities. Cloud memory, to put it simply, will allow the iPhone to save & access an online storage system – like MobileMe, greatly increase its memory capability.
According to Apple, the new iPhone 5 will have all the features that you need to use it as the ultimate smartphone.