The IBM PC Hits the Big 3-0, Xbox Stays in the Top Spot, plus Windows Phone, Kinect and Internet Explorer 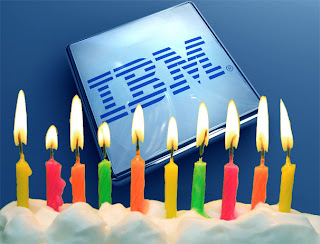 30th anniversary of the IBM PC, Xbox’s continued reign as the number one video-game console in the U.S. and a sterling review from Business Insider on Windows Phone “Mango.”

12th Auguest 2011 30th anniversary of the unveiling of the IBM PC. Earlier this week, Microsoft Corporate Vice President of Corporate Communications Frank Shaw opined on what the PC has meant to Microsoft and the technology industry as a whole and what the future holds for the PC. Check it out.
Xbox 360 tops the U.S. market yet again. Xbox 360 led the U.S. console market for the seventh consecutive month and has sold more units in the U.S. than any other console for 13 of the past 14 months. To see the rest of this story, read Thursday’s post on The Official Microsoft Blog, which includes the latest industry figures from the NPD Group, an independent market research firm that tracks the video-game industry.
Microsoft Research shows jaw-dropping KinectFusion. In this Thursday post, Next at Microsoft Blog Editor Steve Clayton profiles KinectFusion, which “takes live depth data from a moving Kinect sensor and in real-time creates high-quality 3D models.” Check out Clayton’s post, which also features a nearly 8-minute video from MSR on KinectFusion.
Business Insider dubs Windows Phone “Mango” a homerun. In this Aug. 4 review, Business Insider described the next version of the Windows Phone mobile platform, codenamed “Mango,” as “truly inspired” and even “luscious.” The review includes a 36-image slideshow that highlights many of the hundreds of new features coming to Windows Phone this fall via the “Mango” update. Don’t miss it.
And in other Windows Phone news… Today, a well-stocked Windows Phone can substitute for an entire backpack’s worth of campus gear, and ease the transition to dorm life. So, with a new school year just about to start, here are Windows Phone Blog Editor Michael Stroh’s 10 app picks for making college a little easier. Also, two of the most immensely popular puzzle games of all time—the PC classic Minesweeper and the newspaper staple Sudoku—just landed in the U.S. Marketplace for Windows Phone. But these aren’t just any versions of the classic games. They’re official Xbox LIVE editions—so now they come with all kinds of cool power-ups and achievements. Best of all? These ad-supported titles will cost you nothing (except your workday).
Stop by the Microsoft Home of the Future. The first Microsoft Home was built in 1994 to show people how technology could transform everyday experiences, and now years later, the reinvented full-scale model home continues to imagine a future in which interacting with computers is as comfortable as coming home. Check out this feature story and video on the Microsoft News Center to see what we mean.
BuildMyPinnedSite.com launches worldwide. On Tuesday, Microsoft announced that BuildMyPinnedSite.com is available worldwide in 38 languages and 40 geographies, making it easier than ever to enhance your site with pinning. BuildMyPinnedSite.com provides you the ideas and all the code you’ll need to enhance your site with pinning in just a few easy steps and less than 15 minutes of development. Read this Tuesday post on the Exploring IE Blog for the rest of the story.
Posted by Toukir Rahman