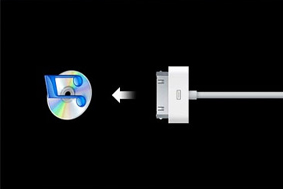 It happens to the best of us, and usually at the worst times: Your iPhone (or your iPad or iPod touch) freezes up or iOS decides to go on a long weekend without you. Issues with the iPhone are particularly scary, because you can’t just reinstall the OS from your media and go on your merry way.

Clearing hung apps
Sometimes you get lucky and it’s just an app that’s frozen. If this happens, tap the home button to get back to your home screen, and then double-tap it to bring up the task bar. Press and hold on the troubled app to enter edit mode, then click the minus icon in the upper left. Confirm the app closure and try relaunching the app. Remember when Steve Jobs said, “if you need to use a task manager, you’re doing it wrong?” Well let’s just pretend the multi-tasking bar isn’t actually a task manager.

Reinstalling apps
Fortunately, iCloud makes reinstalling apps very easy. Delete the app that’s behaving badly by pressing and holding on the icon until it started shaking, then tap the X. Then, open the App Store app and go to Updates and then choose Purchases at the top. This will bring up a list of all the apps you’ve purchased. Find the app you want to reinstall, and press the cloud icon to the right of it. Enter your iTunes password and the app will be reinstalled. Make sure the app doesn’t contain data that isn’t backed up elsewhere; it could be lost in the reinstall process.

Forcing a reboot
While Apple loves to say “it just works,” the truth is, sometimes it just doesn’t. An app might have totally locked up the iPhone, or the gerbil inside went on strike and won’t run on his miniature hamster wheel anymore. If that happens, your first recourse is to force the iPhone to reboot. To do this, press and hold the sleep/wake button for about three seconds and you’ll be prompted to reboot your iPhone. Then press and briefly hold the sleep/wake button to turn your iOS device back on. If you’re really stock, you might have to press and hold both the sleep/wake button and the home button for around 10 seconds to perform a hard reset.
It’s amazing how many issues this solves. Since iOS tries to do its best for memory management, I’ve found periodic reboots help keep things snappy.
Restoring the iOS via recovery mode
This is the iOS version of nuking from orbit. Things have gone so horribly wrong you need to wipe the device and start over. It may be because your device is constantly rebooting, an iOS update failed, or something just went haywire. To put your iPhone into recovery mode follow these steps:

iOS 5 promises to make recovering from system failures easier. With the new PC Free feature, if you do need to restore your iOS device, it can be done from an iCloud backup  – assuming you’re on a Wi-Fi network. We’ll be keeping a close eye on this feature and report on how well it does, or doesn’t work, when the new iOS is released this fall.
Posted by Toukir Rahman