How to Keep Malware Off Your Android Phone

Although some of these apps might look suspicious, others bearing names such as "Quick Notes" or "Chess" seem innocent enough, and you might not think twice about downloading them.

Tips for a Malware-Free Smartphone

Infected-Apps List Compiled Under the Developer Name 'we20090202'
Also on the lists are the foreign-language apps shown at left. 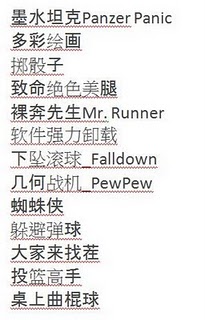 Lookout Mobile Security, which provides security software for mobile phones, posted on its blog a list of 56 Android applications that have been infected with DroidDream, a new type of Android malware that roots your phone and gains access to as much personal information as it can. The apps also can open a backdoor, allowing more executable code to download to your phone without your being aware of it.

A few of these apps have already been downloaded by at least 50,000 users, making this one of the most widespread cases of Android malware to date. Although the apps in question have been pulled from the Android Market, Google is investigating them and has not yet moved to wipe them remotely from users' phones.

Lookout has issued an update to its mobile security software. If you have downloaded any of these apps, the company advises that you run its malware scanner and e-mail the Lookout support center. Mashable (also posted a list of infected apps complied by Myournet) suggests returning your phone to your carrier, as your data and security may be compromised.

With more and more malware emerging for the Android platform every day, users would do well to be careful and pay strict attention to what happens on their phones. You have to remember that smartphones are essentially computers--and all computers are vulnerable to attack by malicious software.
Posted by Toukir Rahman