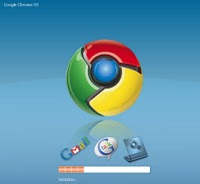 Google has billed its Chrome operating system as a security breakthrough that's largely immune to the threats that have plagued traditional computers for decades. With almost nothing stored on its hard drive and no native applications, there's no sensitive data that can pilfered and it can't be commandeered when attackers exploit common software vulnerabilities.

But according to two researchers who spent the past few months analyzing the Chrome-powered Cr-48 beta released in December, the browser-based OS is vulnerable to many of the same serious attacks that afflict people surfing websites. As a result, users remain susceptible to exploits that can intercept email, documents, and passwords stored on centralized servers, many of which are maintained by Google.

Virtually all of the threats identified by Johansen and his WhiteHat colleague Kyle Osborn stem from Chrome's reliance on extensions, which are essentially web-based applications. A fair number of the extensions they analyzed contain XSS, or cross-site scripting, bugs, which have the potential to inject malicious code and content into a visitor's browser and in some cases steal credentials used to authenticate user accounts.

As they went about testing what kind of attacks various XSS vulnerabilities could allow, Johansen and Osborn noticed something curious: a bug in one extension often allowed them to hijack the communications of a second extension, even when the latter one had no identifiable security flaws. At the Black Hat security conference in Las Vegas on Wednesday, they demonstrated this weakness by exploiting an XSS hole in one extension to steal passwords from an otherwise secure account on cloud password storage service LastPass.

“If any of the other vulnerable extensions have an XSS hole, we can utilize JavaScript to hijack that communication,” Johansen said. “LastPass is doing absolutely nothing wrong here. You can have an extension that's perfectly fine, but if you have another that has a cross-site scripting error in it we can still access information in secure applications.”

The discovery has generated a quandary for the researchers.

“Whose problem is this to fix?” Johansen continued. “We don't really have an answer for that. LastPass did everything correctly. It's the other extension developers that developed an extension with a vulnerability in it.”

After being informed of the specific attack, LastPass made changes to its Chrome extension that prevented it from being carried out, so it's reasonable to assume extension makers foot some of the responsibility for preventing their apps from being compromised by others. But Johansen couldn't rule out the possibility that vulnerabilities and other apps could probably make LastPass vulnerable again. He said Google might be able to fix the problem by overhauling the application programming interfaces extension developers use.

The researchers also demonstrated an XSS vulnerability in Scratchpad, a text-editor extension that's bundled with Chrome. By sharing files with names containing JavaScript commands stored on Google Docs they were able to obtain the Google session cookies of anyone who used a Chromebook to view the documents. An attacker could exploit the vulnerability to read a victim's email, or to send instant messages to everyone on the victim's contact list. If any of the contacts are using Chromebooks, they could be similarly vulnerable to booby-trapped filenames stored on Google Docs.

A Google spokeswoman defended the security of Chromebooks and said the vulnerabilities enumerated by the researchers weren't unique to the cloud-based OS. In an email, she issued the following statement:

This conversation is about the web, not Chrome OS. Chromebooks raise security protections on computing hardware to new levels. They are also better equipped to handle the web attacks that can affect browsers on any computing device, thanks in part to a carefully designed extensions model and the advanced security available through Chrome that many users and experts have embraced.

The researchers stressed Google engineers were extremely quick to fix the Scratchpad vulnerability and awarded them a $1,000 bounty for their report. But they remain convinced that the security of Chrome OS in many cases is only as strong as its' weakest extensions. They also pointed out that penetration-testing tools such as the Browser Exploitation Framework could be used to help streamline attacks in much the way Metasploit is used to manage exploits for traditional machines.

And, Johansen said, Chrome hacking through XSS may be only the beginning, since the flaws are among the easiest to find and exploit.

“Who knows what we're going to be looking for months or years from now when Google can figure out a way to thwart the cross-site scripting threat,” he said. “Why would we be trying to write buffer overflows when we can just write a simple JavaScript command.”