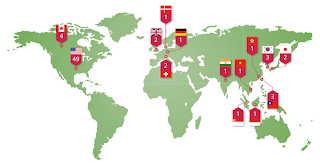 On Tuesday, Vanity Fair published a scoop explaining that cybercriminals have spent more than five years cautiously working to obtain data from more than 70 government agencies, corporations and non-profit groups.

While most of the targets have removed the malware, the operation persists. The good news: McAfee gained access to a command-and-control server used by the attackers and has been watching, silently. (U.S. law enforcement officials are working to shut down the operation.)

Here are five things you need to know:


In closing, Alperovitch offers a sobering sense of scope for these kinds of cyberattacks, which he notes have occurred “relentlessly for the past decade” but have only recently gained press.

The loss [of this data] represents a massive economic threat not just to individual companies and industries but to entire countries that face the prospect of decreased economic growth in a suddenly more competitive landscape and the loss of jobs in industries that lose out to unscrupulous competitors in another part of the world, not to mention the national security impact of the loss of sensitive intelligence or defense information.