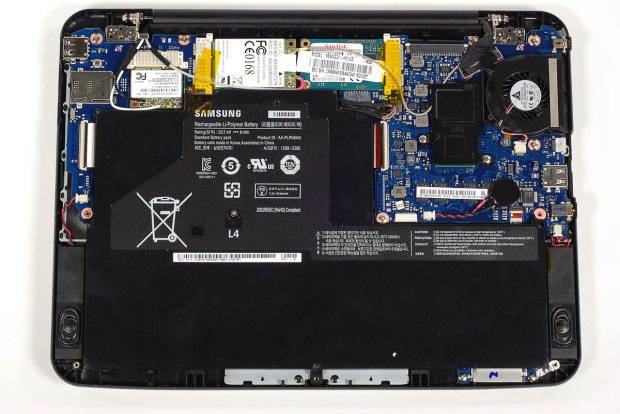 You see right now, as I’m well into week two with my Chromebook, I’m finding holes that need to be filled before I can see many businesses rolling work out on Chromebooks. Mind you, even as it is, I can see people using them for work. I am right now. But, until these problems are fixed Chromebooks aren’t going to be major business desktop players.

Chrome OS, and thus Chromebooks, actually have Virtual Private Network capability built-in, but it’s still a beta feature and it’s a pain-in-the-rump to find and activate. To turn on the VPN functionality-and other “experimental” features you need to run:

from the address bar (aka URL bar). Then Enable VPN support from the list of Experiments.

After that, you can add a Layer 2 Tunneling Protocol/Internet Protocol Security (L2TP/IPSec) private network from the Chromebook’s network control. Currently Chrome OS supports L2TP/IPSec with either a pre-shared key or a user certificate. While L2TP/IPSec works with many VPN services, such as those from Cisco and Windows Server, it doesn’t work with all of them. For example, you can’t use L2TP/IPSec with my own favorite VPN server, OpenVPN.

It may be experimental, but I did get it to work with my Windows Server 2008 R2 VPN server without any additional trouble. The real question to me though is why the heck wasn’t this built-in and perfected before the first Chromebook shipped? To me, the market for Chromebooks has always been business and, to a lesser extent, education and both often require VPN use. 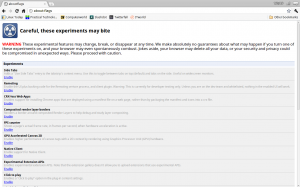 2. Some Wi-Fi Security still not supported.

While Chromebooks support most common Wi-Fi security methods, it doesn’t support all of them. The most glaring of these is that it can’t handle Wi-Fi Protected Access II (WPA2) Enterprise with Extensible Authentication Protocol-Transport Layer Security (EAP-TLS) or Cisco’s Lightweight Extensible Authentication Protocol (LEAP). Like VPN support you can activate experimental support for WPA EAP-TLS and LEAP from the obscure about:flags command page.

To me, this is another “what the heck” failure. All the important Wi-Fi security mechanisms should have been in there from the start. This isn’t rocket science. The Samsung Series 5’s Qualcomm Atheros AR5BHB116 802.11n Wi-Fi card with its Atheros AR9382 chip is already certified for WPA2 EAP-TLS so there’s no technical reason the Chromebook can’t work with this network security protocol out of the box.

To get to the Chromebook file system you use the keyboard command “Control M” or place a memory card in the reader. Fair enough. When you pick a file to work on though, strange things start to happen. You see Chrome OS isn’t sure what to do with different kinds of common file types.

For example, Chrome OS knows that it uses Google Docs to open Microsoft Word .DOC or OpenXML or LibreOffice’s Open Document Format files (ODF), and it can do so… if you upload the file to Google Docs. If you just try to double-click on it or otherwise open it from the file manager all you’ll get is an unknown file type error message? Huh!? 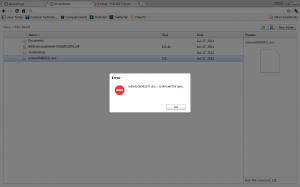 With other files, such as PNG graphic files, you’re given what you would expect when you try to open a file: a choice between viewing it or sending it to the Picasa Web site. You’re also given a preview of the image in the left sidebar of the file manager.

In the case of Adobe Acrobat PDF files, which Chrome OS can read natively, you’re not given a choice of what to do with the file or a preview. But, if you double-click on a PDF it will open.

This is just dumb. First, Google’s Chrome team needs to assign the common file types to the appropriate actions. Next, they need to provide a common interface for how the file manager deals with these files.

You would think that everything of any importance on the Chromebook could be accessed via the Chrome Web browser. You would be wrong.

As you may know Chrome OS is based on Linux and the Chrome Web browser is its graphical user interface. Most of its system controls are accessed via the Wrench tool and the setting control. But, not only do you need to know about the about:flags to get to experimental services, you also need to know how to get to Chrome OS’ restricted command-line shell–the undocumented crosh shell–to do such basics as setting up a secure shell (SSH) secure network connection.

To get to the shell you need to simultaneously press control-alt-T. This command sequence is not listed in the Chrome OS keyboard overlay, which you can find by pressing control-alt-?.

From crosh the most important commands you can access is ssh, which can serve in place of a VPN in some circumstances, and modem. This last lets you access, if it’s installed, your 3G modem.

If you want you can set the Samsung Chromebook into developer mode. I recommend only Linux experts give this a try. Once there though you gain access to the far more powerful Bash shell.

For 95% of what you want to do with a Chromebook, it’s as easy as using the Chrome Web browser. For most of its users it is, after all, 95% of it is the Chrome 12 Web browser. But, if you want to go one step further to do something as simple as setting up a VPN you’re pretty much on your own.

For instance, if you wanted to set up a VPN, as I desscribed above, what you’re more likely to find as you search for a way to do it is this “inspiring” message from the Chromebook FAQs:


We’ve heard from our pilot customers that VPN is an important feature for businesses and schools, and we’re working very hard to bake this into Chromebooks soon. Support for some VPN implementation is already in the product and we’ll both extend support for more VPNs and get these features to stable soon. Remember that unlike ordinary computers Chromebooks get better through seamless auto-updates every few weeks. Stay tuned!

Come on! Some documentation is easy to find and use. For example, despite what you may have heard it’s really not hard to set up printing from a Chromebook. Far too much of the Chrome OS is scattered as bits and pieces all over the Web.

That’s fine for someone like me. I make my living from finding the hidden nooks and crannies of hardware and software. It sucks though for anyone who just to use their Chromebook for work instead of using it as a hobby.

It may seem minor, but I think this documentation problem is the biggest one of all. I mean, who reads the manual right? Google has shown itself to be more than capable of revising their software at an incredible rate. It wouldn’t surprise me to see all the other problems fixed by the end of July. But, if the documentation is still in its current lousy state, how many users are going to know that can now easily set up a VPN, connect to a Wi-Fi network using WAP2 EAP-TLS? Not enough of them, that’s how many!

So get on the stick Google. You’ve got the potential for something great in the Chromebook. Don’t fritter it away with half-baked functionality and documentation.
Posted by Toukir Rahman