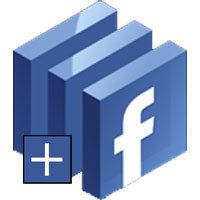 Facebook has joined Google and Mozilla in paying cash rewards to researchers who privately report vulnerabilities that could jeopardize the privacy or security of their users.

The social network on Friday said it would pay $500 for the disclosure of most website flaws, such as XSS, or cross-site scripting errors. The company may pay more for specific bugs, which weren't elaborated on in Facebook's announcement. To qualify, the researcher must be the first person to privately report the bug and reside in a country not under any current US sanctions.

The move comes as good news to legions of researchers who spend considerable time and expertise finding and reporting serious vulnerabilities in the websites and software they use. More often than not, they receive little more than a public acknowledgement in return. Microsoft, Oracle and virtually every other software manufacturer and website steadfastly refuse to pay for private bug reports, even though their products also benefit from it.

Microsoft recently offered a $250,000 reward for information that leads to the conviction of the operators of Rustock, a recently dismantled botnet that in its heyday was one of the biggest sources of illegal spam. Although the software maker has rebuffed calls to offer cash rewards for bug reports, it has publicly pledged not to sue or press charges against hackers who responsibly find security flaws in its online services.

Mozilla was among the first software makers to offer a bug bounty program when, years ago, when it began offering $500 rewards. Google eventually followed suit. The two outfits have gradually increased the bounties, which Mozilla paying as much as $3,000 and Google paying $3,133.70 for the most serious bugs.

To date, Google has paid $300,000 under the program for bugs found in its its various web properties. That doesn't include bounties paid for vulnerabilities reported in Google's Chromium browser.


To qualify for the Facebook bounties, researchers must privately report them here and give the company's security team a reasonable time to respond before publicly disclosing the flaws. Denial-of-service vulnerabilities, spam and social engineering techniques, and bugs in third-party apps and websites and in Facebook's corporate infrastructure don't qualify.
Posted by Toukir Rahman