0 facebook 1:14 AM
Mark Zuckerberg first created Facebook as a social network for college students, an online space to meet and mingle. Seven years later, more than 750 million people use Facebook to interact with their friends and family, play games and follow their favorite businesses, products and entertainment. To say that Facebook changed the social media landscape isn’t quite true. In a very concrete way, Facebook helped create the social media landscape and shaped the rules of online interaction of all kinds.
But the more Facebook transforms its own terrain, the more features users have to wade through. Whether it’s a response to new social media platforms like Google+ or a simple desire to attract and keep new members, Facebook’s newest developments integrate elements of online communication that many people already use elsewhere. Making social media simple and attractive was how Facebook became such a powerful company. Will adding more bells and whistles eventually become a turnoff to users? Do we have a better Facebook than we did seven years ago?
Facebook’s In Your Life (whether you want it or not)
Partnering with video chat application Skype, Facebook introduced video calling last month. It makes it easy for Facebook users to chat with each other without leaving their web browser. Other features like new profile pages and facial recognition have made Facebook intuitive and efficient. It’s also made using Facebook a little creepy.
As Facebook demonstrates how innovative social media can be, they’ve also managed to highlight the pitfalls of living one’s life online. With a mobile app that connects contacts’ phone numbers with their Facebook profiles and a privacy policy that suggests privacy isn’t necessary, Facebook has forced millions of users to evaluate and rethink their online activities. That’s not a bad thing, by the way: keeping track of the information you post online should always be important.
Facebook and the Worldwide Marketplace

Google+ is currently struggling with how to integrate businesses and other non-individual entities onto its platform. But Facebook’s made learning more about your favorite yogurt, TV shows and causes as easy as clicking the “like” button. Of course, Facebook has also made ads an unavoidable part of the experience: ads tailored to your online activity appear in a bar on the left side of every page. It’s easy to ignore those ads, but they’re a part of the Facebook experience, agreed to by every user who creates a Facebook account and clicks “I agree” on the Terms of Use page. Social media is, among many other things, an effective way for friends to trade information about their favorite businesses and products. It’s the way Facebook has managed to stay free; it’s also the way that Facebook exacts a fee from its users. 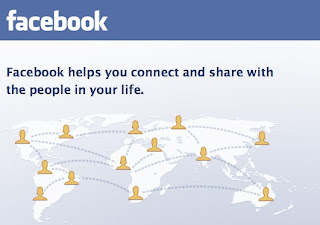 Right now, there is no social media platform that offers Facebook any competition; but just as MySpace quickly fell out of favor, it’s possible that Facebook could be made obsolete by another, better networking platform. This means Facebook will have to find a way to maintain its upward trajectory: with almost a billion users and thousands of companies using Facebook as a main means of advertising, revenue is stable enough for serious talk of an IPO sometime in the first quarter of 2012. Advertising is Facebook’s bread and butter, and competition—especially if Google’s AdSense interface makes its way to Google+ —could force Facebook to discover new ways to maintain revenue. Facebook shifts gears often, and while they’ve gone seven years without charging users, anything is possible.
Facebook has dominated social media for years—but as startups become more ambitious and innovative, it can’t stay at the top for long. The addition of new bells and whistles may attract users, but unless new features make the social media experience more valuable, users aren’t likely to stay. Facebook needs to concentrate on quality, not quantity, if they want to stay ahead of the game.
Posted by Toukir Rahman