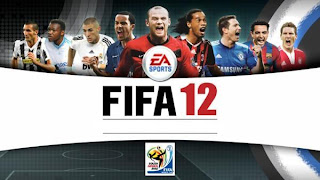 More Fifa 2012 news has been released by EA Sports, this time detailing the games impending demo mode. The global demo release will take place on September 13th and an official tweet detailed the teams which will be available on the day.

In a later update they explained that the games would run for 6 minutes, 3 minutes per half and be played at Manchester Cities Eithad Stadium. The demo will be launched three weeks before the UK release date, on 30th September gamers will be able to pick up a copy on all major platforms.
However, in a slightly controversial move Xbox 360 owners will be able to play the game three days earlier than PS3 owners. They will be able to trade in 2000 Microsoft Points to get their hands on the game or any EA titles, they’ll also be able to buy other downloadable content at a cheaper rate.
Over the past few weeks and months details about FIFA 12 have started to leak out of the woodwork, we have learnt about the new career mode, pre-orders and of course had our first look at the brand new impact engine.

What do you think of the new game, impressed or disappointed so far?
Posted by Toukir Rahman