0 apple, iphone, iPhone 5 4:55 PM
Techcrunch reports that at least one developer has found evidence that Apple is testing the iPhone 5 against current App Store apps. The logs seem to confirm that the iPhone 5 (running iOS 5) will be a dual-mode device supporting both GSM and CDMA in one phone.

The logs show that the app has been briefly tested by a handful of people using what is almost certainly an iPhone 5, evidently running iOS 5, sporting two distinct sets of mobile network codes (MNC) / mobile country codes (MCC). Those codes can be used to uniquely identify mobile carriers. 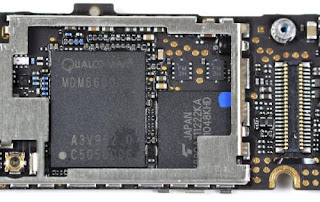 Apple's Verizon iPhone 4 already contains the expected Qualcomm chipset that supports both standards. Verizon CFO has even publicly stated their belief that the next iPhone will be a "global device".
Posted by Toukir Rahman