Want to share photos on your iPhone? There is no shortage of options to help you do that. Which makes it that much harder for a newcomer to stand out among the likes of Instagram, Path and others in the same vein. But Badger, a new app that hit the iOS App Store Friday, has a genuinely fresh approach that just might succeed in turning heads.
Like Instagram and its ilk, Badger is a social photo-sharing tool that allows you to create a profile, snap pics with your iPhone’s camera and share them with other users. Yet there’s an extra layer to Badger’s sharing model: It associates shared photos around themes or contextual similarities, known as badges (hence the app’s name).
Badges are user-generated, so you can create one for basically any situation you can think of. For example, “Apple Store Planking.” Users can then snap a photo of themselves planking, and either search for the term to find an existing related badge, or create one themselves, and attach it to their photo. It’ll then be displayed in a stream along with other photos bearing that badge. Badger c0-founder and COO Jacek Grebski explained that it’s basically a topic-specific, crowd-sourced photoblog that works in real-time.
Because the nature of badges is relatively free-form, they can be about pretty much anything. Badger supports location-tagging, so you could create a badge specifically for your city or neighborhood. Or you can make it very broadly applicable, like the “I Love Lamp” badge, one of three featured in the app right now. As you might’ve guessed, it features pictures of various lamps. 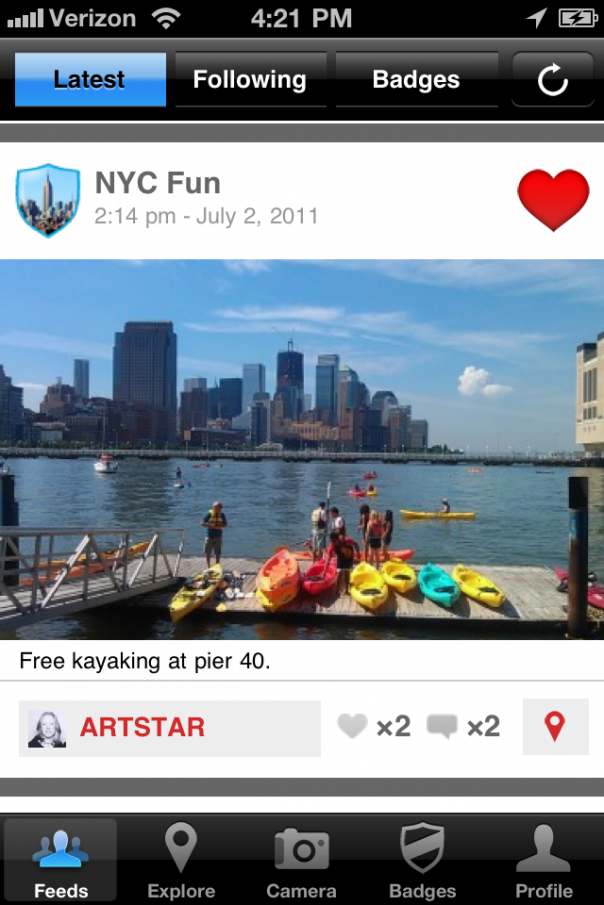 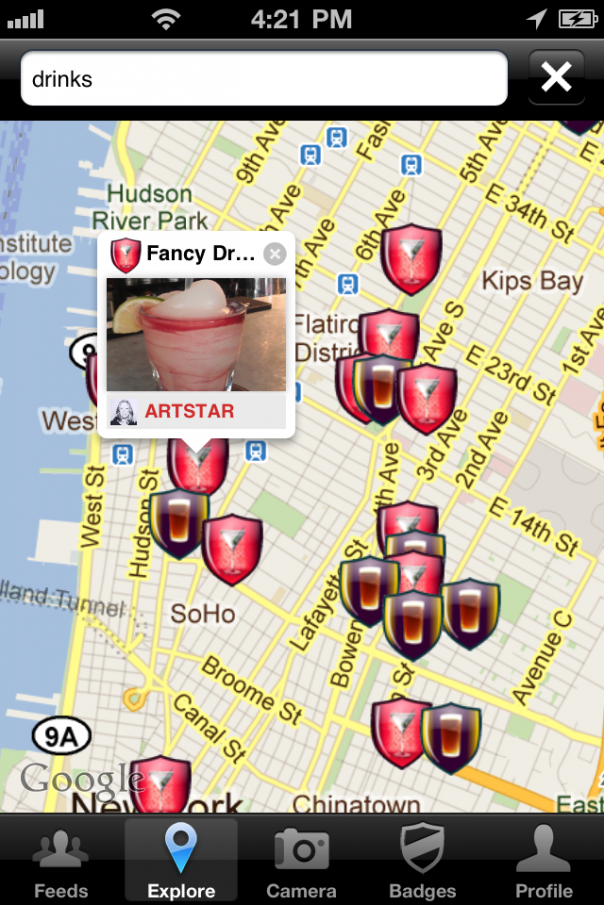 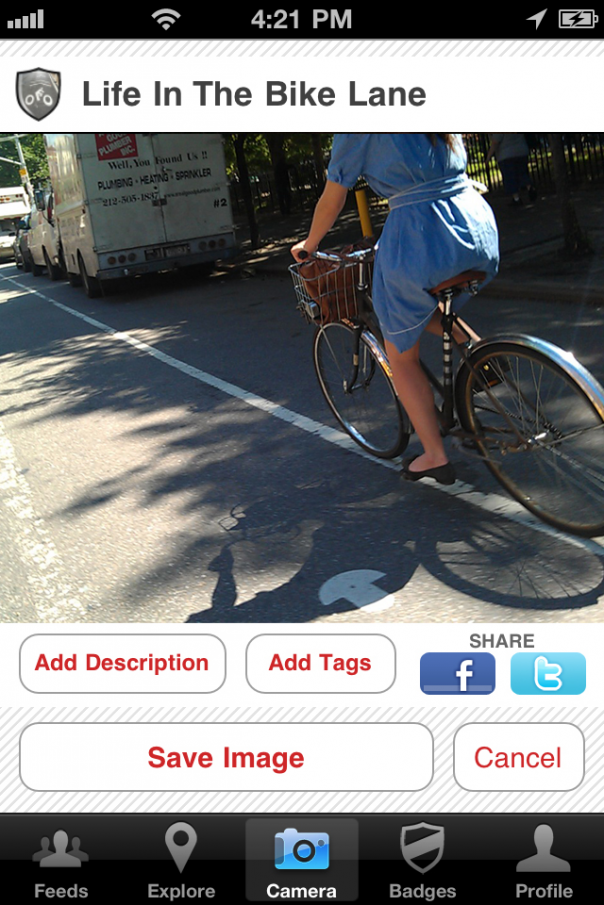 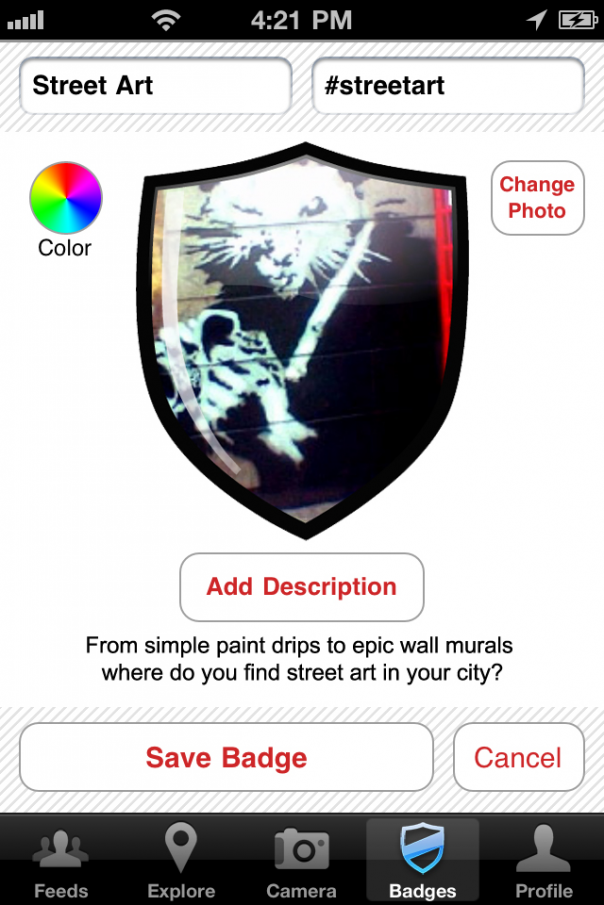 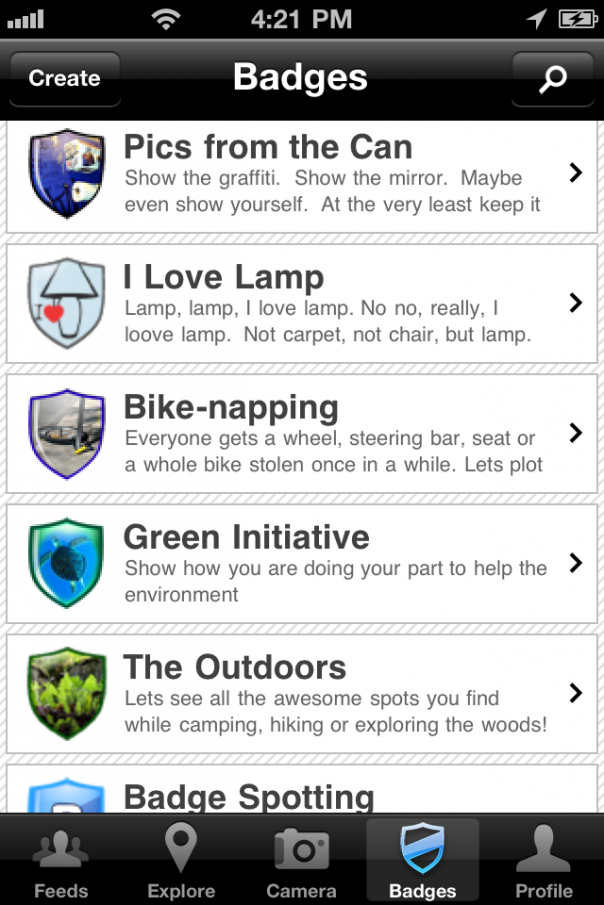 Not all of the app’s badges have so seemingly random a purpose, however. For example, Grebski pointed out that there’s a “bike-napping” badge, where “users took photos of bike theft, resulting in a heat map of bike crime in NY.” Because Badger is location-aware, it can actually be used to crowd-source some pretty interesting data around topics that is also locally relevant.
If you’re thinking that sounds like it might appeal to some businesses as I did after testing out the app, you’re right on the money. Grebski explained that the app was actually designed with brands in mind from the outset. Badger is in fact launching its first partner campaign later today, wherein motif 365, an NYC-based accessory company, is giving away a handbag to the best photo taken in the “Street Style” badge. Because it provides clear data about audience reach, location and engagement, if this kind of campaign proves successful it could hold serious appeal for small and medium-sized local businesses.
Badger is the offspring of the web-based photo sharing game of the same name by Badger Media, which was founded in December 2010 in NYC. Badger received seed investment from Launch Pad Ignition 2011, LLC, a Tech Stars-affiliated incubator based in New Orleans. The new iPhone app works with the website, where you can view uploads, badges, comments and interactive maps of the content from the app and other sources.
Not all of the kinks were yet worked out of the Badger app when I took it for my trial run. Photos taken in portrait mode on the iPhone, for example, were squished down to fit Badger’s default landscape orientation. But Grebski says improvements are on the way, including feature additions like “point systems” and “a concrete plan for more engaging elements to foster submissions.” The core idea of Badger, however, is smart even without those additional elements, and the early implementation shows lots of promise. A network where every photo shared is linked to a specific context, and one which can be used in meaningful ways by both users and businesses, is definitely an idea worth paying attention to.