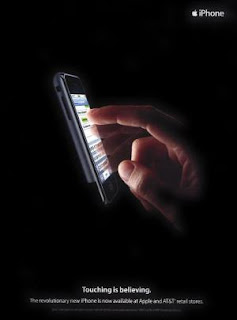 Apple on the west coast has begun production of ad spots for a national advertising campaign that will back its most high-profile iPhone launch to date, but completion of those spots isn't slated until early October.More specifically, one person familiar with the matter says that filming for the television spots is taking place out in Los Angeles in conjunction with the iPhone maker's long-time ad agency TBWAChiatDay.

However, a second person with a proven track record notes that the production schedules for the first-run campaign isn't slated to wrap up until the middle of the first week of October.

While the most recent media reports have suggested that Apple will introduce the iPhone 5 alongside a cheaper 8GB iPhone 4 in late September, the timing of the associated ad spots would appear to lend support to earlier claims that device will not officially hit the market until the following month.

In particular, one report from BGR last week cited an anonymous AT&T executive as making statements to that end. The exec reportedly advised team members that things would get "really, really busy in the next 35-50 days," with the iPhone 5 slated to be introduced at a late September event and ahead of availability slated for early October.

A similar report from TiPb pinpointed October 7th as a tentative launch date, which it reported was recently bumped up from October 14th.Now believes that both dates remain likely candidates for the official launch given what's known about the Cupertino-based company's logistics.

It's not unusual for Apple to begin filming its iPhone ad spots more than a month before it plans to begin selling the handsets. Last year, the Cupertino-based company began piecing together its first iPhone 4 commercials for the device's FaceTime feature in late May, ahead of the handset's June 24th launch.

Two years earlier, detailed in a series (1, 2) of reports the production of the first iPhone 3G commercial roughly five weeks before the second-generation model hit the market on July 11th, 2008.

For that spot, Apple rented Warner Bros. Stage 26 out in Los Angeles -- famed for its use during the filming of "The Perfect Storm" -- where it constructed a full-scale replica of an Apple retail store interior.

The finalized spot portrayed two CIA-type individuals trekking through the halls of a high tech building carrying an aluminum case. After a series of mundane corridors, they arrive at an Apple Store Genius Bar where they opened the case to reveal the iPhone 3G.
Posted by Toukir Rahman