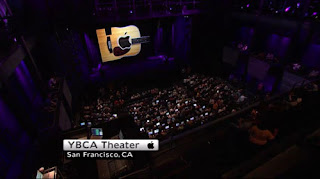 Every Fall Apple holds a media event to announce its new iPod lineup and this year will be no exception. Only this time, instead of just iPods Apple is expected to unveil the iPhone 5 and iOS 5. That’s the word coming from Japanese Apple blogger Mitsunobu Tanaka, a.k.a. Kodawarisan.

With no iPhone arriving this June — as it has for the past three years — consumers are chomping at the bit to see what Apple has in store for the iPhone 5.

According to Kodawarisan (English translation) the day of reckoning will be September 8, 2011 (which is September 7 in the United States). He notes that Apple will use the event will launch a new iPod lineup and the iPhone 5. He adds that the iPhone 5 will ship in “early October.”
Past Apple Fall events and their announcements:

According to my sources, Apple will not have an event or launch the next iPhone on September 7. It’s hard to say how that specific date was chosen by the sites that started the rumor, other than it fits into the timeline of previous Apple events.
Posted by Toukir Rahman