0 apple, News And Information 4:00 PM
Ron Wayne, the Apple co-founder who sold his 10 percent stake in Apple for just $2,300, said in an interview this week that he backed out of the company because he feared his role would involve shuffling papers for the rest of his life.

In an interview with Bloomberg Television earlier this week, Wayne and another Apple co-founder Steve Wozniak discussed the early days of the company.

According to the interview, Steve Jobs brought Wayne on as a "trustable person." He was given a 10 percent stake to serve as a mediator for Jobs and Wozniak, who each held 45 percent.

"He had more of a mature adult mentality and had strong formulas of how things go and how companies are run and what they do right and what they do wrong," Wozniak said. "He sat down at a typewriter and typed out all this legalese, looked like it came from a lawyer for our partnership agreement. So I was very impressed by Ron."


"He had a modest disagreement with Steve Wozniak over some philosophical issue, and I happened to be there at the time. We had a conversation in which, successfully, I was able to get the issue resolved," he continued. "At the moment, Steve Jobs was very impressed with that bit of diplomacy and suggested immediately that we form a company with he and Wozniak each having 45% and myself having 10% as a philosophical tie-breaker in the case of any disputes in the future."

But, just 12 days after Apple was formed in 1976, Wayne sold his stake for $800, receiving an additional $1,500 later that year in exchange for forfeiting any claims against the company. Given Apple's current value, Wayne's 10 percent share would have been worth more than $35 billion today.

When asked why he pulled out of the company, Wayne said he "knew that the enterprise would be successful," while noting that nobody could have predicted the level of success that Apple would go on to reach. "In addition to that, I think Steve Jobs had an idea in the back of his head based upon the fact that I had rebuilt the documentation system for Atari. He was very impressed with the system and certainly wanted to have that as part of the new enterprise," Wayne went on to say. 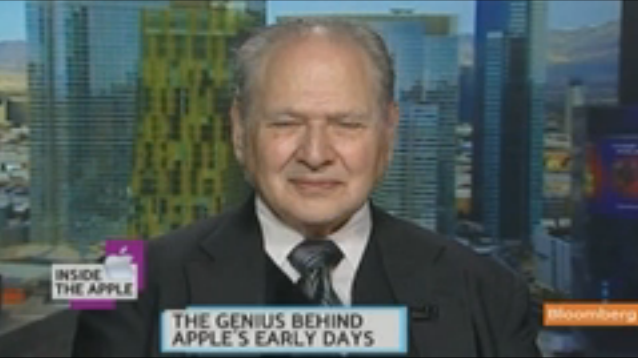 "The only problem with that was I could see myself looking ahead in the future as leading a major office in the back of the company shuffling papers for the rest of my life. That wasn't exactly the future I had in mind for myself."

Wozniak said he was shocked by Wayne's decision, noting that, later in life, he came to believe that Wayne may have been scared off because of the potential risks of starting the company without any capital.

"I figured it was because we were getting parts on credit, building the computers with no money, and selling them for cash to pay off the credit. If anything fell through in that plan Steve Jobs had no savings account or money or friends or relatives with money, and neither did I, so our adult supervision, Ron, might be on the hook for the money. I thought that might have scared him off, that he was taking a majority of the risk and he only got 10%."

Wayne admitted that the risk had played a part in his decision, especially given previous experiences as an entrepreneur. Prior to working with Jobs, he had started a slot machine company that failed.

"A year or so before I had formed my own corporation and it came to a kind of sticky end and I spent two years buying my way out of that mess, and there was the risk involved and whether or not I would be able to survive if the whole thing blew up," said Wayne.

He says he doesn't regret the decision, though. "I also realized the fact that I was standing in the shadow of a couple of really brilliant guys here the level of my creativity couldn't possibly match theirs. As I said, I would have wound up doing rather mundane work."

"Steve Jobs pretty much was so young he didn't need any income and money, so we just survived on -- it was moonlighting for a while. You do that out of your house, you do it out of your garage, and it never came up, 'do we throw in the towel because we are not making any money yet?' Never came up."

Wozniak continues to have a bright outlook for Apple as Tim Cook takes over for Jobs, who resigned as CEO on Wednesday but will remain with the company as Chairman of the Board. "Steve [Jobs] would not leave this company not feeling it has got a good push for right now to keep the ways of thinking that lead to the great products that Steve has employed. He has been an example...Short-term, I would expect Apple might come up with home run after home run after home run again."
Posted by Toukir Rahman