2005 Mark Zuckerberg Didn't Want To Take Over The World 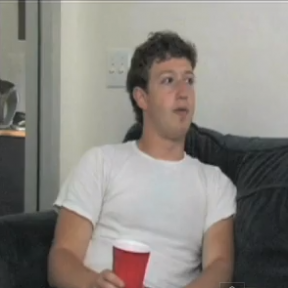 The Huffington Post has come across this fascinating five-minute interview of Mark Zuckerberg at Facebook’s Palo Alto office in June 2005. The clip is apparently part of a longer 40-minute-interview from a documentary about millennials shot by Ray Hafner and Derek Franzese.  That interview has never been shown in full, and if I were Hafner and Franzese I’d be figuring out a way to do that stat, especially post-The Social Network.
Zuckerberg’s initial vision, “an online directory for colleges” seems remarkably short-sighted in light of the fact that Facebook users comprise now 11% of the world’s population and 35% of the world’s online population. In retrospect Zuckerberg may have wanted to put the fratty red beer cup down (Fun fact: He had just turned 21, also that’s co-founder Dustin Moskovitz doing a keg stand).

Video of the interview


But at the time the site, which Zuckerberg modestly described as an online directory for colleges, had only penetrated 800 schools.The fact that Zuckerberg seems impressed by seeing people using TheFacebook at college parties and by reports of people logging in internationally leads one to wonder just how strategic the social network’s meteoric rise was.
His goal at the time was to expand to all 2,000 US colleges, and when asked what was next the Facebook founder said, ”There doesn’t necessarily have to be more. A lot of people are focused on taking over the world or doing the biggest thing and getting the most users … There’s a level of service that we can provide when we’re a college network that we wouldn’t be able to provide if we went to other types of things.”
This is a far far cry from Facebook’s current motto, “Making the world open and connected.” But sure, hindsight is 20/20. I mean how else do you explain Zuckerberg, and Reed Hastings, making this CNN “10 People Who Don’t Matter List” in 2006. Hilarious copy, below.


In entrepreneurship, timing is everything. So we’ll give Zuckerberg credit for launching his online social directory for college students just as the social-networking craze was getting underway. He also built it right, quickly making Facebook one of the most popular social-networking sites on the Net. But there’s also something to be said for knowing when to take the money and run. Last spring, Facebook reportedly turned down a $750 million buyout offer, holding out instead for as much as $2 billion. Bad move. After selling itself to Rupert Murdoch’s Fox for $580 million last year, MySpace is now the Web’s second most popular website. Facebook is growing too – but given that MySpace has quickly grown into the industry’s 80-million-user gorilla, it’s hard to imagine who would pay billions for an also-ran. 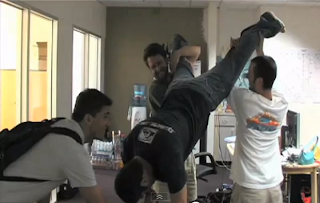