0 microsoft, News And Information, WIndows 8 6:43 PM
While Microsoft has not announced the release date, or even the official name, of its follow-up to Windows 7, an early pre-beta version of the OS has surfaced on the internet, the second version to appear within a month. 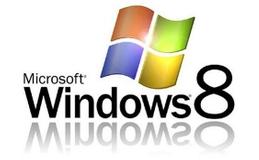 Users of the Beta Archive website are claiming that the service's FTP servers contain a developmental copy of the next generation of Windows, Windows 8 version 6.2.7955.0 milestone 2. Access to the servers requires a user account.
This is the second milestone release that has showed up on the internet this month.
Microsoft Milestone releases are early pre-beta versions of its products, usually meant for internal use and testing. The first public beta release of the software may happen as soon as within the next few months, according to the WinRumors news site.
Users of this Windows 8 software have said it features a Ribbon-based user-interface, similar to the one used in recent editions of Microsoft Office. This specific milestone build also has software for a Webcam, a new task manager, a PDF reader and an immersive browser.
Microsoft is also developing a version of the software to run on ARM processors, in order to address the rapidly growing market for tablets.
The news of the leaked software comes a week after Microsoft announced that, in the 18 months since its release, Windows 7 has sold more than 350 million licences worldwide.
Microsoft declined to verify the authenticity of the milestone release.
Posted by Toukir Rahman