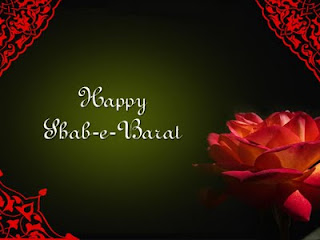 Introduction
The festival of Shab-E-Barat is celebrated with great prompt and enthusiasm by Muslims all over the world. According to Muslim beliefs, Shab-e-Baraat is the night when 'Allah' - the Almighty arranges the affairs of the following year. It is a night of worship and prayers for all Muslims. On Shab-E-Barat god writes the destinies of all men for the coming year by taking into account the deeds committed by them in the past.

In 2011, the divine festival of Shab-E-Barat will be celebrated on July 17th, 2011. According to mythology, Shab-E-Barat festival is celebrated either on the thirteenth or on the fourteenth day of Shaban, the eighth month of the Muslim year. This happens to be fifteen days before the beginning of Ramadan.

In Persian language, 'Shab' means night and 'Barat' means - the night of commission or assignment. In Arabic language, however, the day is known as Lailatul Bara'at, meaning the night of emancipation. Some though see Shab-E-Barat as the night of good fortune and a popular legend says that on this night the Prophet visits each house and relieves the pains of suffering humanity.

The night of Shab-E-Barat also commemorates the entry of Muhammad into the city of Mecca. However, Shia Muslims associate this night with the birth of their last Imam.

Celebrations
Skies light up on the night of Shab-E-Barat as the festival is celebrated in the night. Houses and streets are are also illuminated by candles and strands of electric bulbs to provide a joyful ambiance to the festival.

Colourful fire works keep dazzling the skies as the Muslims stay awake on the night of Shab-E-Barat. This is due to a belief that god writes the destinies of all living beings for the coming years in heavens during the night.

Sweets, specially the delicious savaiyyan or the vermicelli is prepared and sent to friends and also to the relatives in their remembrance of those who died during the year. Some also perform acts of charity by distributing goodies to the poor and needy in the name of their deceased ancestors. Flowers are also offered to the graves of the deceased family members.

Fatiha or the blessings are recited over the meal in the name of the Prophet, his daughter Fatima and her husband Ali. The Holy Book of Quran is also read to mark the day. Muslims hold a belief that if someone prays to Allah throughout the night and seek forgiveness for all the sins he may have committed, he could be forgiven. Therefore, the entire night of prayer is devoted to asking for forgiveness for the past year and for good fortune in the year to come.
Some people also go to mosques for prayers and meditation. While some Muslims fast during the day and render nafal, the optional namaz at night.

It may be noted that there is no mention of Shab-E-Barat in the holy book of Quran. However, Sura Dukhan does mentions about Laila Mubaraka, which, according to the learned scholars of the Quran and the Hadith, is Shab-E-Barat.
Posted by Toukir Rahman