Home » Life » LifeStyle » trip » usa » Road Trip: How to Fall Back in Love with the USA

Road Trip: How to Fall Back in Love with the USA 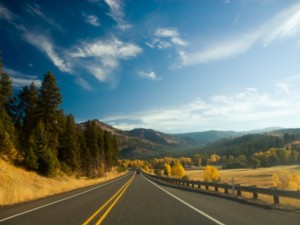 I know full well that what I'm about to say isn't breaking news, but here goes anyways. After traversing this great country twice by car from Los Angeles to Detroit and back, I was left with an impression that we are sitting on the finest slice of earth imaginable – its resources, its beauty, its fine people and its rich culture. If one is by nature a knee-jerk anti-patriot, I recommend seeing the USA mile by mile, from stem to stern. It is a whale of a place.
However — and I know this is a gargantuan caveat — when you see the billions of bushels of foodstuffs being produced, the innumerable heads of cattle blithely chomping at pasture (unaware of their imminent transformation into Big Macs and Philly cheesesteaks), one gets to wondering why in heck's name anyone has to go hungry here! It seems like there's more than enough to go around, so why did I also witness so much urban poverty and privation everywhere?
I have an idea and it's not a pretty one. Between all of the speculators at the commodity exchanges and the government subsidies that go to agri-businessmen, there are dastardly factors at play that have nothing to do with the classical forces of supply and demand. Add to that the extortionate ways of the oil companies, making untold billions in profit and still raising prices astronomically at the pump, and you have yet another reason why food costs so much. I must have passed 10,000 18-wheelers in the past three weeks and know that the good men at the wheel are feeling the petro-pinch in a major way. For shame, Exxon-Mobil!
To boot, having cut through the heart of the country, in places where Native Americans made their homes for millennia (Iowa, Nebraska, Colorado), I also wondered why our noble forebears had to coldly forge such extortionate treaties with the native Sioux and Cheyenne and Comanche nations, before shunting them off to the reservations. The highway cuts like a ribbon through millions and millions of acres till the mind boggles – wasn't there room enough for all in the mid-1800s when these dirty deals were struck?
Slavery, genocide, double-dealing and brutal conquest – are these the hallmarks of an advanced civilization? Is this the kind of behavior that entitles us to forever declare ourselves the greatest country in the world? It seems like a dose of realism is in order to counter the avalanche of jingo that tumbles out of the mouths of the historically illiterate. We are great in the sense of mighty and powerful, but when kids go hungry and the elderly are shouldered aside, haven't we the honesty and humility to see need for improvement? Aren't we all in this together, through thick and thin, or is the American Dream only for those with expensive mattresses?
That having been said, I have a new appreciation for the immeasurable grandeur of both land and spirit in this country, and an abiding pride in what's enduringly good about us. That goodness doesn't emanate from Washington D.C., where moneyed interests prevail over everyday peoples' needs. I pray for the day when lobbyists and lawyers get cornered onto reservations, and the ideals of one man, one vote prevail once again. You may call me a dreamer, but I'll stand outside and guard the place, make sure none of them greedy suits gets out!
Posted by Toukir Rahman