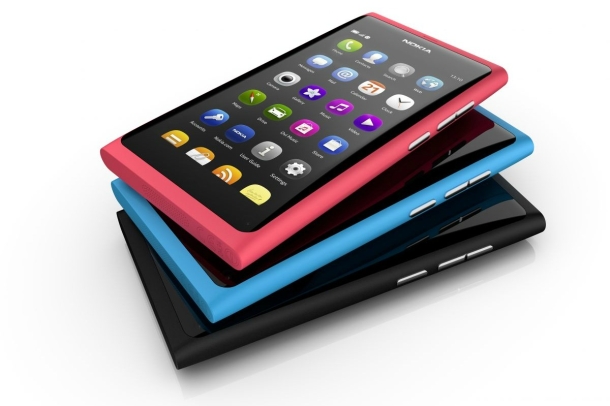 Nokia CEO Stephen Elop said that he has increasing confidence the company will ship its first Windows Phones this year, though significant volumes won't come until next year.

"We have shifted our organization," Elop said, speaking at the Nokia Connections event in Singapore. The event was also broadcast over the Internet. "We have a new strategy and we are focused on delivering results."

Elop's comments come three weeks after the company warned that sales and earnings would fall well short of expectations. As he noted when he spoke at our D9 conference earlier this month, Elop noted that the company already has working Nokia devices running a test build of the next version of Windows Phone software.

Nokia announced back in February that Windows Phone, rather than Symbian or MeeGo, would be the company's main smartphone strategy going forward.

But, given that Nokia is counting on Symbian-based phones to account for nearly all of the company's smartphone business this year and significant revenue for next year as well, the company spent some time talking about where it is headed on that operating system as well. The company showed its Symbian Anna software running on a current Nokia N8 handset and featuring a number of updates to the software, including improved browsing and brighter icons.


The new software will start shipping on new hardware next month, while existing Symbian phone owners will be able to add the new software in August.

The company plans to introduce as many as 10 new Symbian devices over the next year, Elop said, with plans to offer support and software upgrades through 2016.

Mary McDowell, who heads the unit that focuses on basic mobile phones, also talked about strides the company is making in that part of the business, announcing the company's third dual-SIM card phone in as many months. The phone, C2-03, is a touchscreen slider phone that has one SIM on the inside and a second slot on the side of the device to easily swap out additional SIM cards. The device will also be the first to bring mapping capabilities to the company's series 40 phones. Unlike with most smartphones, the maps are loaded onto the phone and the positioning can be done without a data plan.

"We may be late to this party, but we are in full swing now," McDowell said.

Meet the new N9
Nokia also introduced the N9, an all touch-screen smartphone based on MeeGo, a mobile version of Linux that had once been Nokia's platform of the future. Although it is moving away from MeeGo for smartphones, the company had said it would release a single MeeGo phone and also maintain experimental development work on the platform.

"With the N9 we wanted to design a better way to use the phone," said Nokia Senior VP of Design Marko Ahtisaari.

The phone, with its curved screen, is designed to be easily used in one hand, Ahtisaari said. Users can easily swipe between a notification window, a start screen and a window with open applications.

Although it uses a separate operating system from Nokia's past Symbian and future Windows Phone devices, the N9 is capable of running applications for QT, an environment that has shipped on more than 100 million devices.

The N9 boasts high-definition video capture and an 8-megapixel still camera that boasts a wide aperture for taking photos in low light. The phone's body is machined out of a single piece of polycarbonate, a material that the company says offers the best antenna.

"Unlike some competitor products you don't need to hold it a special way to make reliable phone calls," Ahtisaari said. The phone will come in black, cyan and magenta.

The device uses near-field communications (NFC) technology to allow the N9 to be paired with Bluetooth speakers or a headset just by touching the device to the accessory in question.

"We're going to be launching the N9 later this year," Elop said, but said that pricing and other details will come later.