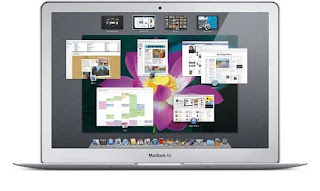 Mac OS X Lion arrived Wednesday morning, available through the Mac App Store as a downloadable upgrade for users of Snow Leopard. Lion is version 10.7 of Apple’s desktop operating system, and it brings some significant changes to Mac computing. But will users welcome those changes?

This review is meant purely to convey what living with Lion as your primary operating system is really like. I’m not going into exhaustive detail about all the new features, but that’s info you can easily find elsewhere anyway. What I will do is review in broad strokes how OS X 10.7 could change the way you use your computer.

Giving the boot to booting

Something that’s long been a feature of desktop computing is the boot process. You start your computer, the OS slowly loads, and then you re-open your documents, applications and services on an as-needed basis. At the end of the day, or session, or week, depending on your practice, you shut everything down and power off, and then get ready to start all over again.

OS X Lion aims to change that. By default, it re-opens all your applications to their state at power down. This means that with enough RAM and, if even better, an SSD, you can power on and off without really missing a beat. It’s amazing how well this feature works, especially with built-in Apple apps that are already designed to work seamlessly with Lion’s Auto Resume capabilities. At first, this felt like I was missing out on a key ritual, but after extended use, it’s something I definitely wouldn’t trade.

Combined with Auto Save and Version features which preserver your documents and document history as you work, which will likely gradually make their way into third-party Mac apps as Lion’s user base grows, Lion’s dramatically different boot process will definitely alter how you use your computer. It makes it easier to both pick up and leave desktop computing, which should be a welcome shift for most people who may feel tied to a computer once they endure the lengthy boot process.

Everything in its place 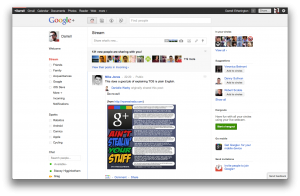 Some aren’t happy that Apple’s Exposé windows management system has given way to Mission Control, which, admittedly, offers a little more visual clutter. But I’m not really bothered by the new way of doing things, and it hasn’t really affected how I use my computer in any dramatic way. What has changed my habits are Launchpad and Full-Screen apps, both also new in Lion.

Full-screen apps, and the multi-touch gestures you use to navigate between them, actually achieve what Spaces sought to, which is the the compartmentalization of distinct work and leisure activities. Rather than keeping Facebook in a separate tab and trying to pretend its not there, I can actually make Facebook into its own Fluid app and keep it out of my browser. Plus, I can house Mail in its own full-screen implementation, which makes it easier to keep email out of my hair when I need it gone, and helps me plow through email backlog when I actually want to focus on it. Full-screen apps are so useful, they might actually be my favorite new feature of 10.7. Try them out for a little while, and I’m sure you’ll agree. 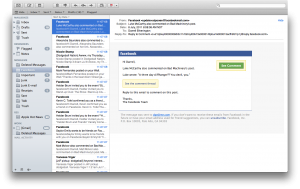 I’ve done a lot of searching around to try to find a better email client for OS X, since Mail is not without its quirks. That’s why the changes to the app in Lion merit their own subsection. Lion’s Mail overhaul brings to OS X email what others have tried to: style and substance. It achieves this primarily by copying a proven model, since it borrows a ton from the iPad Mail app.

It has full-screen support, as I mentioned, and a horizontal three-column design that provides you with tons of information at-a-glance. It also boasts threaded conversations, much smarter search and compact list previews that provide you with information for quick-hit overviews without even so much as a mouse-over. If, like me, you use email a lot, this may be the biggest change Lion brings. 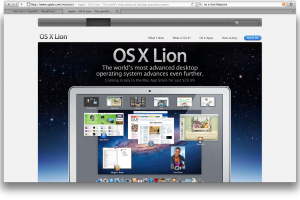 Lion isn’t without its faults. I’m still not crazy about the Finder redesign for example, and I think Apple missed the opportunity to make some changes to that component of OS X that would’ve really resonated with longtime users. Some also seem to think that the some of the redesigned core apps are actually steps backward. But those apps actually aren’t all that important to the core experience, and overall, there’s no question in my mind that Lion represents a significant improvement to the Mac platform. At $29
Posted by Toukir Rahman