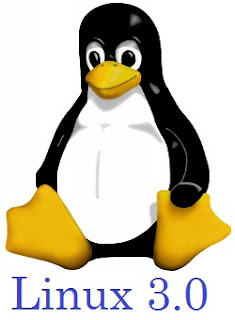 The new version of linux version 3 is released but no big changes are made in the new linux 3 which we should be worry about.

Linus Torvalds, its creator and lead developer had warned us that this would be the case: “So what are the big changes?”


"NOTHING. Absolutely nothing. Sure, we have the usual two thirds driver changes, and a lot of random fixes, but the point is that 3.0 is *just* about renumbering, we are very much *not* doing a KDE-4 or a Gnome-3 here. No breakage, no special scary new features, nothing at all like that.

In case you didn’t get the message first time, when Torvalds finally released Linux 3.0 on July 22nd, he wrote,

"As already mentioned several times, there are no special landmark features or incompatibilities related to the version number change, it’s simply a way to drop an inconvenient numbering system in honor of twenty years of Linux. In fact, the 3.0 merge window was calmer than most, and apart from some excitement from RCU [Ready, Copy, Update] I’d have called it really smooth. Which is not to say that there may not be bugs, but if anything, there are hopefully fewer than usual, rather than the normal ‘.0′ problems."

OK, but surely some things were changed right? Well, yes, there were. The not so big, but significant changes were, in no particular order:

The Xen hypervisor now can run natively with Dom0 (Domain 0) privileges. This gives it, like Linux’s Kernel-based Virtual Machine (KVM), the ability to work at the lowest possible level of the Linux kernel. In practical terms this means Xen virtual machines should run faster.

There have also been improvements with how the kernel works with the still experimental Btrfs (B-tree file system) and the now standard ext4 file system. This, in turn, should lead to faster and, in the case of Btrfs, more reliable, file systems.

The Linux 3.0 kernel also improves its interoperability with UEFI (Unified Extensible Firmware Interface), a replacement for PC’s BIOS. While UEFI has been slow to catch on, it’s beginning to be picked up by major PC and server companies like HP. Since UEFI lends itself well for business desktop and server deployments, you can expect to see more and more UEFI computers entering the market in the next year or two.

3.0 is also bringing in a new implementation of the Berkeley Packet Filter (BPF) The net effect of this improvement will be speed up any application that calls on network services. While this won’t matter that much if you’re just trying to get the most from your Web browser, it can save significant time for Web servers and other network service software.

So, all-in-all, there is good stuff here. Radical? No. Revolutionary? I don’t think so! But, still good, solid improvements.
Posted by Toukir Rahman