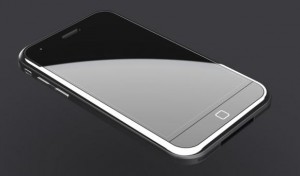 iPhone 5 Release Date might be most buzzing topic among tech geeks.  Each day is rising with a new rumor or a speculative guess about iPhone 5 launch date. CNET UK, a top internet review site for electronics, has grabbed attention of the techies posting update on iPhone 5 release date.

According to CNET UK, iPhone 5 release date is likely to be September 7th 2011. We guess this is the first exact date prediction about launch of the next generation iPhone.
What is the reason behind releasing iPhone 5 in September?
Apple recently announced iOS 5 at WWDC 2011 which is packed with new cool features, including Android’s drop-down menu style notification.  iOS 5 will be released in the autumn, more specifically in  September. Furthermore, Apple brings new generation iPods and iPod Touches in September. However, according to CNET UK, iPods are not enough glamorous to bring iOS 5 into the world. iOS 5 and iPhone 5 both will be the perfect platforms for each other.
That is the reason why we are expecting to see iPhone 5 release with iOS 5, in the autumn.  We already assumed that Apple doesn’t want to release iPhone 5 until iOS 5 is completely ready which is somewhat similar to CNET UK’s prediction. Here is what we predicted.
Why CNET UK has assumed Wednesday 7 September 2011 as the iPhone 5 launch date? Since 2005, Apple has been launching iPods in September on the first Wednesday after Labor Day. There were some exceptions in the past, though the Wednesday has proven Apple’s a regular favorite day.
Well, what do you think about this prediction? Do you believe iPhone 5 will be released on 7th September 2011? We would like to hear from you in below comment box!
Following are some of the iPhone 5 release date updates which we come across from time to time through reliable sources.
Update (6th July): As per the recent report from DigiTimes is claiming that Taiwan based manufacturer, Pegatron Technology has received order of 15 Million iPhone 5s from Apple.
Update (1st July): Another report from DigiTimes claims that iPhone 5 release date should be somewhere in October. According to DigiTimes, Taiwan-based companies have begun to prepare components for the production of the iPhone 5 along with iPad 3 for an October release.
Update(29th June): Another iPhone 5 rumor says that Apple may launch iPhone 5 (probably iPhone 4s) in September.
Update(22th June): According to BGR.com, Apple may launch next generation iPhone 5 (probably iPhone 4s) in August
Update(14th June): According to 9to5Mac, next generation iPhone reaches to its final stage of testing for September release.

Update(6th June): What’s Samsung got to do with the iPhone 5 release date? Here’s news on how this might affect

Update(5th June): Is iPhone 5 release date affected by battery supply issues? Recent reliable reports suggest that Apple’s appointed manufacturing plant of lithium ion batteries shut down due to recent quake in Japan.
Update(4th June): Brian White, an analyst for Ticonderoga Securities has analyzed that Apple is going to release iPhone 5 in September 2011, not at WWDC.
Update(2nd June): Is iPhone 5 release date going to be revealed at WWDC 2011? WWDC will be full of surprises this year.
Update(17th May): Here is again a rumor about iPhone 5 launch date. In an exclusive talk with T3.com,  a sales representative from UK based retailer Phones 4U said that iPhone 5 release date is moved to 21st November 2011.
Update(6th May): According to latest news, an AT&T customer representative confirms that Apple has informed AT&T not to expect the iPhone 5 in June or July 2011. iPhone 5 launch date may be pushed to September. Check out AT&T representative words about iPhone 5 release date.
Update(13th April): Here is again rumor that iPhone 5 release date is scheduled to September 2011 or early 2012. According to press note by Avian Securities, Apple’s next gen iPhone 5 should go in production in July and will be available in September 2011 that leading us to predict that iPhone 5 will not hit stores till late 2011 or early 2012.
If you are equally excited as me for iPhone 5, then following features could be major reason to wait for stunning iPhone 5.
iPhone 5 Features  at a Glance:
Posted by Toukir Rahman