Home » Finance » Finances » News And Information » In The Financial World, Really Nothing Matters Except Greece

In The Financial World, Really Nothing Matters Except Greece 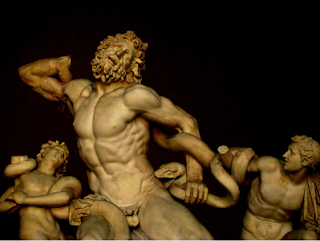 From Deutsche Bank's Jim Reid, a pretty important point that nothing really matters to the financial world except Greece (or Europe, more broadly):

Having spent US Independence Day in the delightful company of the DB Convertibles desk and their clients, it struck me that whichever part of the financial market you mix with, in whatever region of the world, all eyes remain firmly focused on European Sovereigns and on Greece in particular. Even if the other micro stories are strong, the reality is that a Sovereign accident (ie full default) would lead to shockwaves across every asset class in every part of the world. Without some kind of stability in Europe the financial market dominoes would likely tumble. As we went to print yesterday S&P did their best to wobble the first domino as they suggested that the recent rollover plans would qualify as a distressed exchange and prompt a “selective default” for Greece. This certainly softened sentiment in thin holiday trading yesterday (SovX WE +6bp wider, 5 year Greece +50bp) but the reaction across other risk assets was relatively muted (Xover +3bp, Fin Sub +5bp, Stoxx600 +0.23%).
Posted by Toukir Rahman