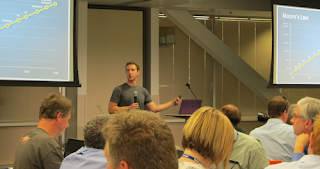 Facebook recently teamed with Skype to launched the video calling features inside facebook platform. As Google + is posing threat to the social giant, Facebook is finding new strategies and techniques to hold its ground.

The only challenge Facebook have for now is, Facebook-Skype calls one person at a time while Google Hangouts has the capacity of calling 10 people at a time.

Although looking at the social graph of both giants, Facebook currently has 750 million active users which is by far the highest since Myspace packed up. Apprently Facebook dominates the social graph and Google + has not even launched theirs to the public yet.

Facebook also admits that the feature is user-friendly and even the less tech-savvy on Facebook should be able to master it's features.

Click here to see how to use
Posted by Toukir Rahman