How LulzSec Exploited On The Security Mistakes Of The Sun 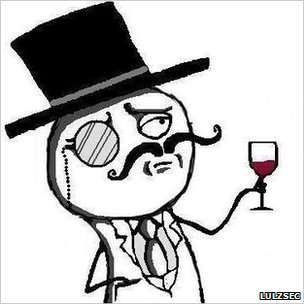 Infamous pranktivist hackers LulzSec exploited basic security mistakes on a News International website to redirect users towards a fake story on the supposed death of media mogul Rupert Murdoch, it has emerged.

The bogus story claimed that Murdoch had died after ingesting a "large quantity of palladium" (a rare metal*) before stumbling into his "famous topiary garden" (an in-joke reference to Topiary, the most famous member of LulzSec).

Later the same trick was used to redirect visitors of The Sun's website to LulzSec's Twitter feed.

Both hacks relied on exploiting security weaknesses on a site called new-times.co.uk/sun, which had been set up by News International while it was building a paywall for The Times. Hackers used an exploit, identified by The Guardian as likely to be a "local file inclusion" program, to exploit vulnerabilities in order to gain administrative control of this site. The site, although retired, was still linked to NI's Content Management System.

Hackers then used compromised access to the CMS behind The Sun's site to add their own redirection script to the "breaking news" element of the site. The rogue JavaScript was programmed to redirect surfers to locations under the control of hackers once the page reloaded. First it was pointed towards the spoofed story at new-times.co.uk/sun and later towards LulzSec's Twitter feed.

The level of compromised access may have allowed LulzSec access to NI's email database, but this remains unclear.

LulzSec famously disbanded last month after 50 days of mayhem that saw it attack numerous targets including FBI-affiliated security consultancies, UK police agency SOCA, numerous games publishers and Sony. In an update to its Twitter feed the group said it couldn't resist returning for one last gig. "Thank you for the love tonight. I know we quit, but we couldn't sit by with our wine watching this walnut-faced Murdoch clowning around."

The websites of The Sun and The Times were pulled down on Monday following the hack. Both have been restored. The server behind new-times.co.uk has been taken offline, probably permanently.

Meanwhile, the very-much-alive Rupert Murdoch is due to face a grilling from Parliament later today, when he will be expected to answer questions on the News of the World voicemail hacking scandal.
Posted by Toukir Rahman