0 apple, battery, charger, ipad, iphone, Ipod 1:30 PM
In The Matrix, used robots people as nothing more than giant batteries. And it could not have been invented, after all.
This means that we are all eternally recharging the batteries or run our businesses outside the grid. It is both expensive and annoying. But there is a possible solution in sight that could revolutionize the way we power our mobile devices in the future.
A world of gadgets are increasingly more mobile. Most of us now own mobile phones, and a fair share also own a laptop or netbook. Then there are MP3 players like iPod, iPad tablets, eBook readers like Kindle, and a host of other devices. The only thing all these products have in common is a need for electric batteries to power them. 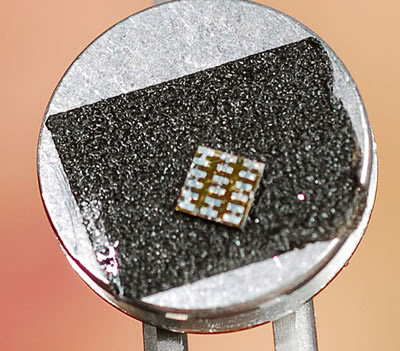 Nano Generators driven by your heart rate can replace conventional batteries in about five years, according chemists.In a world dominated by 4G smartphones, touch screen tablets and portable laptops, find ways to keep everything charged can be a nightmare and a losing proposition. What if we could power them from anywhere, while doing almost nothing?
Scientists have found a way to pull a variety of devices with body movements.
A team has created a small chip that uses the natural movement to generate power for handheld gadgets. They plan to use the human heart to operate these devices, including iPods and mobile phones, remove the batteries.
The solution, according to Dr. Zhong Lin Wang and a team of researchers at the Georgia Institute of Technology, is something called nano generator. These use a small movement to generate electricity, including the act of walking, being in a moving car, bend a hand or a person’s heartbeat.
Researchers from the Georgia Institute of Technology in the United States, made his discovery with zinc oxide nanowires that generate electricity when they are manipulated,
In theory, any movement, even pinching a finger that is used to generate electricity. So far, the team used technology to send a radio signal and to power the LCD and LED screens, but they are convinced it can go much further.
In experiments, five ‘Nano Generators’ created around the same amount of power as two AA batteries – three volts. Wang said: “Although a few volts may not seem like much, it has grown by leaps and bounds over previous versions of nano- generator.
The team recently presented their findings to Congress and Exposition of the American Chemical Society, which shows the ability of its zinc oxide (ZnO) nanowires to power LCD displays, LEDs and radio transmitters. Today, nano-generators are not strong enough to replace the batteries in our iPads or smartphones, but over time they may be.
Nano Generator is the solution to our wall-tethered mobile existence – an idea he made clear in Chemistry Conference. “This development represents a milestone towards the production of portable electronics that can be driven by movements of the body without using batteries or electrical outlet.”
Wang believes nangenerators he and his team have developed, will be on sale during the next five years. Which type is the universal cell phone charger seem pedestrian in comparison.
Source:Indianews
Posted by Toukir Rahman