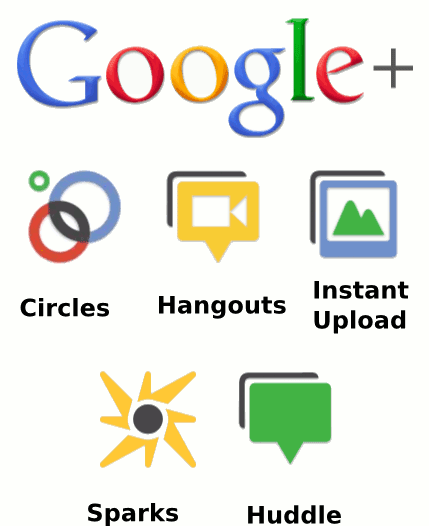 The new Google Social Network has been the hot discussion of tech bloggers around the world of which majority are taking side with Google+ to be the best alternative to Facebook and just now an analyst estimated Google+ to likely reach 10 million users.

Note: the figures did not come from Google, but from Paul of Ancestry.com, not Microsoft co-founder Paul Allen. He came up with an interesting tactics to calculate the number of Google+ members. Trust me it's fascinating.... just read on.


According to Paul.....,  I project that Google will easily pass 10 million users tomorrow and could reach 20 million user by this coming weekend if they keep the Invite Button available. As one G+ user put it, it is easy to underestimate the power of exponential growth.

My model is simple. I start with US Census Bureau data about surname popularity in the U.S., and compare it to the number of Google+ users with each surname. I split the U.S. users from the non-U.S. users. By using a sample of 100-200 surnames, I am able to accurately estimate the total percentage of the U.S. population that has signed up for Google+. Then I use that number and a calculated ratio of U.S. to non-U.S. users to generate my worldwide estimates. My ratio is 1 US user for every 2.12 non-U.S. users. That ratio was calculated on July 4th through a laborious effort, and I haven't updated it since. That is definitely a weakness in my model that I hope to address soon. The ratio will likely change over time.

Since I have been tracking this same cohort of surnames from my first day, I am able to accurately measure growth over time.

I am not claiming perfect accuracy, but I do think the model is sound. A quant has suggested a mathematical formula that I can use to calculate a range of Google users with a 99% level of accuracy, and one of my employees is working on that math now. I hope to include that in future models.

Here is one way to look at my model. Imagine the U.S. government in 2020 has no money left. I know that's hard to imagine, but stay with me. Imagine they wanted to conduct a 2020 census and subsequent decennial censuses with a degree of accuracy (let's say 95%) and to do it on a shoestring budget.

They had complete data for 2010 - the population and growth rates for every city and town in the country. To do 2020, they could just take a random sampling of 100 cities and towns across the U.S. that were representative and conduct the census JUST for those cities every 10 years. If those 100 cities averaged the same growth rates as the rest of the country, then their decennial censuses would be fairly accurate but very inexpensive. (Obviously the US example won't work and shouldn't be tried, since the purpose of the U.S. census is in part to determine Congressional representation - so a complete census must be done in the entire country.)

But my project is like that - a low-budget sampling. I have randomly selected 100 uncommon U.S. surnames and I am tracking the number of Google+ users with those names - updating my counts every 2-3 days. I am assuming that the growth in G+ users with those surnames is similar to the growth in G+ users with the other 150,000 or so surnames in the U.S. If I had resources to include 500 or 1,000 surnames in my sample, then I believe my model would be more accurate. But my time and budget available for this project are small, so it is what it is. And then I take the 2.12 - 1 non-US to US ratio to complete the calculations.

Honestly I can't remember any social network site climbing to such height at a very short period of time although we can't rule out the fact that they already have existing products which has solid user base and they will be leveraging from those angle as well.

Although there have been no response from Google to confirm this estimates, but if perchance they are true, then its only the creator that know the future of Facebook.
Posted by Toukir Rahman