Good Sports: Guys in Love with the Game 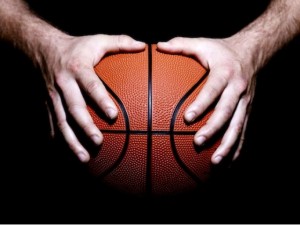 Michael Barson of Glen Ridge, New Jersey, started playing basketball at the age of 14. Now approaching 60, he works as Director of Publicity for Putnam Books, still playing pick-up games once or twice a week. Barson is one of growing number of midlifers who have remained active participants, rather than sedentary spectators, in the same team sports they've loved since they were kids.
Study after study documents that regular exercise and physical activity are vitally important to good health, especially as people age. Participating in team sports is one way to help build strength, endurance, balance, and flexibility. In addition, spending time with others on a regular basis encourages social ties and connectedness, which helps ward off depression and exercise may even offer some cognitive benefits (such as improved ability to plan, and to shift from one task to another).
Basketball
Barson admits that basketball is the only exercise he gets. "I don't run, swim, go to the gym, or anything else — but I keep trying to improve my game," he says. His teammates are a mixed group. Some are around his age and others are between 18 and 40, the ones he affectionately refers to as "The Young Turks." He likes the schmoozing and camaraderie of meeting up with the same guys each week.
Bob Masin, 62, of Portland, Oregon, has also been passionate about basketball since childhood. The retired sportswear executive plays with his "buddies" several times a week and shoots hoops on his own. "Basketball keeps me competitive and forces me to stay in shape," he says. His team has participated in international tournaments, playing against teams from South America, Europe and Russia. One of Masin's greatest pleasures is the bonding that takes place after intense competition.
Rugby
Peter Kane of Port Washington, New York, is an insurance broker who has been playing rugby since he began as a Division 1 rugby player in college. At the age of 35, he joined the New York Rugby Club, the oldest rugby club in the United States. Knowing he has a commitment to play motivates him to stay in shape. "Playing rugby keeps you keen on staying fit," he says. "Rugby is very fraternal, and relationships on and off the field are strong especially among us 'old boys.'"
Baseball
Baseball consumes much of Bob Bentz's working time and leisure. He's been switching on and off between baseball and softball since the age of eight. For the past 36 years, he's been a player with the Main Line Softball League outside Philadelphia, where the average player's age is 54.
Involved in several Internet businesses (including a fantasy baseball site), his 10-minute radio Saturday morning segments about fantasy baseball air over twenty ESPN and sports radio stations. Now 51, Bentz manages a junior baseball team of 14- and 15-year olds that plays 6 nights a week between May and July. "I tell my business partner not to expect overtime out of me during baseball season, but I more than make up for it the other nine months of the year," he says.
The Phillies fan has attended Phillies Phantasy Camp four times and is a season ticket holder. He estimates he's played in over 2000 games and coached over 1000 in his lifetime. "I'm not as good a player today as I was in my 30s, but I keep playing because I love it," says Bentz. "I see guys my age who were much better than me in high school but now they're overweight, have injuries, can't sprint, and wouldn't dream of playing. All they have left is memories but I'm still out there creating them," he says.
Finding the physical activity appropriate for you
Contact sports aren't for everyone and as people age, some midlifers may need to modify activities they once engaged in, especially if they haven't been exercising regularly. Some medical conditions, too, limit certain physical activities.
Exercise common sense: If you haven't played your favorite sport for some time, consult your doctor before diving in again. But you're bound to find some sport or physical activity appropriate to your age, interests, and physical condition. An excellent, recently published free booklet, Exercise and Physical Activity: Your Everyday Guide from the National Institute on Aging encourages first steps for those who haven't remained as active as the guys above.
Posted by Toukir Rahman