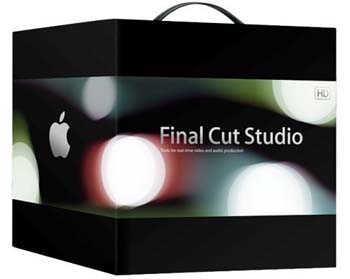 By now, most people that are interested in Apple and/or video editing have heard about the ongoing criticism towards Apple’s latest professional movie making software, Final Cut Pro X. Many are calling this total revamp of the Final Cut product an application that is not suited for professionals. Some have even dubbed it as a slightly jazzed up version of iMovie – “iMovie Pro.” Now, Apple has officially responded to this criticism with a new “answers to the most common questions we’ve heard” web page.

Final Cut Pro X is a breakthrough in nonlinear video editing. The application has impressed many pro editors, and it has also generated a lot of discussion in the pro video community. We know people have questions about the new features in Final Cut Pro X and how it compares with previous versions of Final Cut Pro. Here are the answers to the most common questions we’ve heard.

The new website posts some of the most common questions from video editors and provides answers directly from Apple. The website breaks the questions and answers down into these categories: importing, editing, media management, exporting, and purchasing. Some of the answers flat out say that a respective feature is not a part of Final Cut Pro X, some say the respective feature is coming eventually, and other answers tell users that a respective function is present and gives ways of accessing it.

Not yet. An update this summer will allow you to use metadata tags to categorize your audio clips by type and export them directly from Final Cut Pro X.

On exporting to XML:

Not yet, but we know how important XML export is to our developers and our users, and we expect to add this functionality to Final Cut Pro X. We will release a set of APIs in the next few weeks so that third-party developers can access the next-generation XML in Final Cut Pro X.

Not yet, but it will. Multicam editing is an important and popular feature, and we will provide great multicam support in the next major release.

We’ve placed all the questions and answers here:

Final Cut Pro X includes an all-new project architecture structured around a trackless timeline and connected clips. In addition, Final Cut Pro X features new and redesigned audio effects, video effects, and color grading tools. Because of these changes, there is no way to “translate” or bring in old projects without changing or losing data. But if you’re already working with Final Cut Pro 7, you can continue to do so after installing Final Cut Pro X, and Final Cut Pro 7 will work with Mac OS X Lion. You can also import your media files from previous versions into Final Cut Pro X.

Yes. Final Cut Pro X allows you to import video from a wide range of devices, including many AVCHD-based cameras and DSLR cameras. You can find a list of supported cameras here: http://help.apple.com/finalcutpro/cameras/en/. The list will grow as we continue to test and qualify new cameras.

For example, Sony offers an XDCAM Transfer application that allows you to convert XDCAM video without transcoding so it can be imported into Final Cut Pro X. You can find more information here: http://support.apple.com/kb/HT4724. If you are working with RED cameras, you can use the free RED software REDCINE-X, designed to transcode RED RAW video to ProRes for use in Final Cut Pro X: https://www.red.com/support/all/downloads.

Can I edit my tape-based workflow with Final Cut Pro X?

Yes, in a limited manner. Final Cut Pro X is designed for modern file-based workflows and does not include all the tape capture and output features that were built into Final Cut Pro 7. Final Cut Pro X does support FireWire import for DV, DVCPRO, DVCPRO 50, DVCPRO HD, and HDV. In addition, companies like AJA and Blackmagic offer free deck control software that allows you to capture from tape and output to tape.

Not yet, but it will. Multicam editing is an important and popular feature, and we will provide great multicam support in the next major release. Until then, Final Cut Pro X offers some basic support with automatic clip synchronization, which allows you to sync multiple video and audio clips using audio waveforms, creating a Compound Clip that can be used for simple multicam workflows.

Yes. If you have a second computer monitor connected to your Mac, Final Cut Pro X gives you options to display the interface across multiple monitors. For example, you can place a single window — such as the Viewer or the Event Browser — on the second monitor, while leaving the other windows on your primary monitor. Like previous versions, Final Cut Pro X relies on third-party devices to support external video monitoring. We’ve been working with third-party developers in our beta program to create drivers for Final Cut Pro X, and AJA has already posted beta drivers for its popular Kona card: http://www.aja.com/support/konaNEW/kona-3g.php.

Can I save different versions of my project?

Yes. Final Cut Pro X automatically saves your project during the editing process, so you never lose your work. If you want to save a version of your project, with or without duplicate media, select it in the Project Library and choose File > Duplicate Project.

Can I use my third-party plug-ins in Final Cut Pro X?

Can I specify a scratch disk location?

Yes. You have several options for sharing projects. You can hand over just the project file, and the recipient can reconnect the project to his or her own copies of the Event. Or you can send the complete project and Event as a package to another editor. Final Cut Pro X includes options for duplicating, moving, and consolidating projects and associated media to streamline sharing between editors.

Can I store media in locations other than my system drive?

Yes. Turning off the “Copy files to Final Cut Events folder” option leaves the imported files where they are currently located. You can also move the project and associated media at any point during the editing process by dragging the project to another mounted hard drive within the Project Library.

Can I hide Events that I am not working on?

Yes. You can hide Events in Final Cut Pro X by moving them out of the Final Cut Events folder. In the Finder, navigate to the /Users/username/Movies folder and create a new folder. Then move the Events you are not using out of the Final Cut Events folder and into your new folder. The moved Events will no longer appear in Final Cut Pro X. If your Events are located on an external drive, you can move the Events to a new folder on that drive, or you can simply unmount the drive.

Not yet, but we know how important XML export is to our developers and our users, and we expect to add this functionality to Final Cut Pro X. We will release a set of APIs in the next few weeks so that third-party developers can access the next-generation XML in Final Cut Pro X.

Not yet. When the APIs for XML export are available, third-party developers will be able to create tools to support OMF, AAF, EDL, and other exchange formats. We have already worked with Automatic Duck to allow you to export OMF and AAF from Final Cut Pro X using Automatic Duck Pro Export FCP 5.0. More information is available on the Automatic Duck website: http://automaticduck.com/products/pefcp/.

Can I send my project to a sound editing application such as Pro Tools?

Does Final Cut Pro X allow you to assign audio tracks for export?

Not yet. An update this summer will allow you to use metadata tags to categorize your audio clips by type and export them directly from Final Cut Pro X.

Can I customize my export settings?

Yes. Compressor 4, available from the Mac App Store for $49.99, allows you to create a wide variety of custom export settings that you can use in Final Cut Pro X. The most popular export options and formats, including ProRes and H.264, are already built into Final Cut Pro X.

Can I purchase a volume license?

Final Cut Pro X, Motion 5, and Compressor 4 Commercial and Education Volume Licensing will be available soon via the Apple Online Store for quantities of 20 or more. After purchasing, customers will receive redemption codes they can use to download the applications from the Mac App Store.
Posted by Toukir Rahman