The Concept of Shab-e-Barat in Islam

0 islam, islamic education, islamic knowledge, islamic news 11:18 PM
In the Islamic culture, Shab-e-Barat has great importance and is celebrated with enthusiasm by Muslims all around the globe. For Muslims, this night has great importance regarding worship as well. Muslims would spend the entire night praying and worshipping, asking and requesting Allah for things that they desire. However, before delving into the customs followed during Shab-e-Barat, it is best to first understand the concept of this day.
The Concept of Shab-e-Barat in Islam 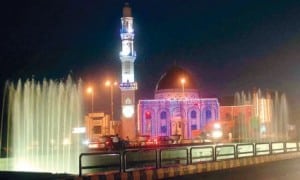 According to Islamic beliefs, on the night of Shab-e-Barat, Allah decides and determines the affairs of the coming year. During the night, Allah determines the destinies of all humans by taking into consideration the deeds of the previous year.
Muslims typically celebrate Shab-e-Barat on the 15th of Shaban, usually around fifteen days before the month of Ramadan begins. This year, Shab-e-Barat will be celebrated on the 17th of July, 2011. The celebration generally includes worshipping Allah all night, asking for His forgiveness and requesting for things that you desire.
According to a Hadith, Prophet Muhammad (PBUH) said that any individual who fasts for three days during the month of Shabaan and recites durood three times at Iftar, Allah will forgive his sins and will increase his provisions. Additionally, the person will enter Paradise on a female camel on the Day of Judgment.
Nawafil

As mentioned earlier, on the day of Shab-e-Barat, Muslims perform Nawafil and worship Allah to gain as much rewards as possible. Some nawafil are listed below.
1.      Offer 6 rakaat Nafl after the Maghrib prayers and after every two rakaats, recite Surah Yasin one time. This will help you get a healthy and prosperous life for the following year by the blessing of Alah.
2.      Offer 12 rakaat nafl namaaz and in each rakaat recite, Surah Fatiha one time and Surah Ikhlas ten times. After the prayer, recite 3rd Kalma ten times, 4th Kalma ten times, and Durood Sharif 100 times.
Allah says in Quran,
“Whoever of the nation [ummah] of My Beloved Prophet (Swall Allahu Alaihi Wasallam) performs 2 cycles [raka’] of prayer on the 15th night of Shabaan is better than this 400 years of worship.” {Nuzhatul Majalis}.
Forgiveness on Shab-e-Barat 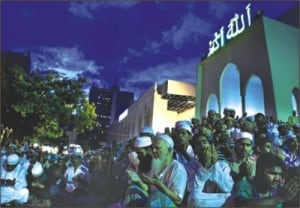 The Prophet Muhammad (PBUH) says,
“Allah Glorious and Exalted descends to the nearest heaven on the night of mid-Shabaan (15th night) and He forgives more people than the number of hair on the hides of the flocks and herds of sheep of the tribe of Kalb”. {Tirmidhi}.
However, there are some people who are not forgiven on the night of Shab-e-Barat because of their previous deeds. Those who are not forgiven on the night of Shab-e-Barat are mentioned below.
1.      Alcoholics and habitual drinkers
2.      Those who perform adultery on a regular basis.
3.      Individuals who disobey their parents
4.      Individuals who have severed family ties.
5.      Those who like to spread mischief.
6.      Those who back bite often.
However, some narrations vary in this regard. Other narrations also include individuals practicing magic, gaining interest, lowering pants below their ankles with pride, beginning a dispute between two Muslims and those who have hatred for a Muslim in their heart. All these individuals are among those who are not forgiven on Shab-e-Barat.
Conclusion
Therefore, Shab-e-Barat has tremendous benefits for Muslims. It is best to pray and worship Allah on that night and seek his forgiveness. Quran teaching to children will allow them to learn about the benefits of such nights in Islam.
Source : http://www.quranreading.com/
Posted by Toukir Rahman