A Better Programmer In 21 Days 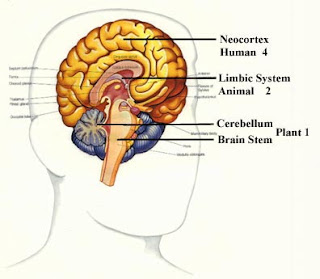 People take a first programming course and they think they’re done - they’re programmers! Well not so fast. There is more to it than that just as there was more to learning and even reading when I finished the first grade. Others come to me and tell me they want to learn enough programming to create a specific application (rarely one that is that easy) or the next Halo 3 (never that easy) or something. There is this cram school mentality that seems to overtake so many people. Unfortunately, programming like so many things takes a while to really, deeply learn.

I ran across the article Teach Yourself Programming in Ten Years by Peter Norvig recently and it does a good job of addressing this very issue.

Why is everyone in such a rush?

Walk into any bookstore, and you'll see how to Teach Yourself Java in 7 Days alongside endless variations offering to teach Visual Basic, Windows, the Internet, and so on in a few days or hours. I did the following power search at Amazon.com:

pubdate: after 1992 and title: days and
(title: learn or title: teach yourself)

and got back 248 hits. The first 78 were computer books (number 79 was Learn Bengali in 30 days). I replaced "days" with "hours" and got remarkably similar results: 253 more books, with 77 computer books followed by Teach Yourself Grammar and Style in 24 Hours at number 78. Out of the top 200 total, 96% were computer books.

The conclusion is that either people are in a big rush to learn about computers, or that computers are somehow fabulously easier to learn than anything else. There are no books on how to learn Beethoven, or Quantum Physics, or even Dog Grooming in a few days. Felleisen et al. give a nod to this trend in their book How to Design Programs, when they say "Bad programming is easy. Idiots can learn it in 21 days, even if they are dummies.

Let's analyze what a title like Learn C++ in Three Days could mean:

Teach Yourself Programming in Ten Years

Researchers (Bloom (1985), Bryan & Harter (1899), Hayes (1989), Simmon & Chase (1973)) have shown it takes about ten years to develop expertise in any of a wide variety of areas, including chess playing, music composition, telegraph operation, painting, piano playing, swimming, tennis, and research in neuropsychology and topology. The key is deliberative practice: not just doing it again and again, but challenging yourself with a task that is just beyond your current ability, trying it, analyzing your performance while and after doing it, and correcting any mistakes. Then repeat. And repeat again.

There appear to be no real shortcuts: even Mozart, who was a musical prodigy at age 4, took 13 more years before he began to produce world-class music. In another genre, the Beatles seemed to burst onto the scene with a string of #1 hits and an appearance on the Ed Sullivan show in 1964. But they had been playing small clubs in Liverpool and Hamburg since 1957, and while they had mass appeal early on, their first great critical success, Sgt. Peppers, was released in 1967. Malcolm Gladwell reports that a study of students at the Berlin Academy of Music compared the top, middle, and bottom third of the class and asked them how much they had practiced:

Everyone, from all three groups, started playing at roughly the same time - around the age of five. In those first few years, everyone practised roughly the same amount - about two or three hours a week. But around the age of eight real differences started to emerge. The students who would end up as the best in their class began to practise more than everyone else: six hours a week by age nine, eight by age 12, 16 a week by age 14, and up and up, until by the age of 20 they were practising well over 30 hours a week. By the age of 20, the elite performers had all totalled 10,000 hours of practice over the course of their lives. The merely good students had totalled, by contrast, 8,000 hours, and the future music teachers just over 4,000 hours.

So it may be that 10,000 hours, not 10 years, is the magic number. Samuel Johnson (1709-1784) thought it took longer: "Excellence in any department can be attained only by the labor of a lifetime; it is not to be purchased at a lesser price." And Chaucer (1340-1400) complained "the lyf so short, the craft so long to lerne." Hippocrates (c. 400BC) is known for the excerpt "ars longa, vita brevis", which is part of the longer quotation "Ars longa, vita brevis, occasio praeceps, experimentum periculosum, iudicium difficile", which in English renders as "Life is short, [the] craft long, opportunity fleeting, experiment treacherous, judgment difficult." Although in Latin, ars can mean either art or craft, in the original Greek the word "techne" can only mean "skill", not "art".

Here's my recipe for programming success:

With all that in mind, its questionable how far you can get just by book learning. Before my first child was born, I read all the How To books, and still felt like a clueless novice. 30 Months later, when my second child was due, did I go back to the books for a refresher? No. Instead, I relied on my personal experience, which turned out to be far more useful and reassuring to me than the thousands of pages written by experts.


This assumes that some people already have the qualities necessary for being a great designer; the job is to properly coax them along. Alan Perlis put it more succinctly: "Everyone can be taught to sculpt: Michelangelo would have had to be taught how not to. So it is with the great programmers".

So go ahead and buy that Java book; you'll probably get some use out of it. But you won't change your life, or your real overall expertise as a programmer in 24 hours, days, or even months.

Approximate timing for various operations on a typical PC:

Several people have asked what programming language they should learn first. There is no one answer, but consider these points:

Use your friends. When asked "what operating system should I use, Windows, Unix, or Mac?", my answer is usually: "use whatever your friends use." The advantage you get from learning from your friends will offset any intrinsic difference between OS, or between programming languages. Also consider your future friends: the community of programmers that you will be a part of if you continue. Does your chosen language have a large growing community or a small dying one? Are there books, web sites, and online forums to get answers from? Do you like the people in those forums?

Keep it simple. Programming languages such as C++ and Java are designed for professional development by large teams of experienced programmers who are concerned about the run-time efficiency of their code. As a result, these languages have complicated parts designed for these circumstances. You're concerned with learning to program. You don't need that complication. You want a language that was designed to be easy to learn and remember by a single new programmer.

Given these criteria, my recommendations for a first programming language would be Python or Scheme. But your circumstances may vary, and there are other good choices. If your age is a single-digit, you might prefer Alice or Squeak (older learners might also enjoy these). The important thing is that you choose and get started.

Appendix: Books and Other Resources

Several people have asked what books and web pages they should learn from. I repeat that "book learning alone won't be enough" but I can recommend the following:

Scheme: Instructor's Manual t/a Structure and Interpretation of Computer Programs - 2nd Edition is probably the best introduction to computer science, and it does teach programming as a way of understanding the computer science. You can see online videos of lectures on this book, as well as the complete text online. The book is challenging and will weed out some people who perhaps could be successful with another approach.

Scheme: How to Design Programs is one of the best books on how to actually design programs in an elegant and functional way.

Oz: Concepts, Techniques, and Models of Computer Programming (Van Roy & Haridi) is seen by some as the modern-day successor to Abelson & Sussman. It is a tour through the big ideas of programming, covering a wider range than Abelson & Sussman while being perhaps easier to read and follow. It uses a language, Oz, that is not widely known but serves as a basis for learning other languages.
Posted by Toukir Rahman