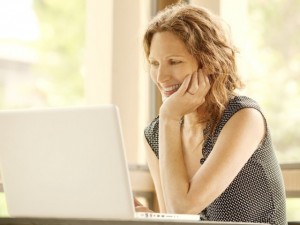 People are passionate about Facebook: Either they love it or hate it. But a national study of 2,255 American adults, released last week by the Pew Internet and American Life Project, suggests that if you're among those who don't use social networks, there are reasons to reconsider your decision.
Naysayers often complain that Facebook, the most popular of the social networking sites, replaces real friendships with virtual ones. Others simply dismiss the site as a time-waster. Still others argue that Facebook devalues the term "friend," by viewing friendships as black or white. Most real friendships are measured in shades of gray, but on Facebook, you're either a friend or you're not. For example, a childhood friend who lived next door or with whom you went to high school isn't the same as the close friend you speak to every day. Yet, on Facebook, they're all lumped together as "friends."

Despite these criticisms, the study reports that some 79 percent of American adults use the Internet and nearly 59 percent of those online use social networking sites. With that many adults using sites like Facebook, LinkedIn, and MySpace, there must be some rewards. This study highlights some of the benefits of signing on:

One of the study's major findings: Average users of social networking sites have more close social ties, and are half as likely to be socially isolated as the average American. Those who use Facebook several times a day have 9 percent more confidants than the average American who has 2.1 confidants. It could be a case of self-selection; maybe Facebook users already have more friends and that's why they gravitate to social networking. Regardless, why not take a lesson from those who are more successful at forming intimate attachments?
Support takes different forms including emotional support (e.g. being able to ask for advice), companionship, and instrumental aid (e.g. getting help if you are ill). The study found that the added value of having Facebook connections is equal to one-half the support that an average American receives as a result of being married or living with a partner.
It's common to have scores of friends you "used to know"— but whom you've lost contact with — because you no longer see each other regularly. Facebook is a great way to catch up with people from the past, your legacy friends. They might include someone you knew in high school or college, or someone with whom you used to work. Contrary to myth, the study found it rare for users to become friends with people they never met or only met once.
Facebook has more than 500 million active users so it's likely that many of your friends, colleagues and relatives are already there. How would you feel if one of your friends didn't own a phone, didn't do email, or had no snail mail address? Many people use Facebook as one of their primary tools to communicate and if you don't, you're out of that loop. It also has the advantage of putting you in touch with a diversity of people of all ages and from all places well beyond your time zone or zip code.
Finally, if you think that Facebook is primarily for high school or college kids, you're mistaken. The Pew study found that social network users are getting older than in the past. Based on the sample, the average age of a Facebook user is 38 years old; half of all users are over the age of 36, and 25 percent are over the age of 50.

Are you on Facebook? If not, what's holding you back?
Posted by Toukir Rahman