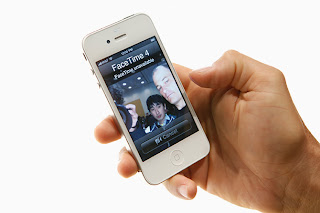 The phone is unlocked, meaning that you can put in any micro SIM (or cut-down regular SIM), from anywhere in the world. You’ll even be able to use a T-Mobile SIM, but the 3G still won’t work with its wonky GSM network.

Why now? Speculation says that Apple is trying to shift as many iPhone 4s as it can before a new model is introduced, probably in September. It also opens up the iPhone to users of pre-pay cellphone plans, like me. Not all pre-pay users are drug dealers or paupers. Some of us just don’t use a phone enough to justify a full monthly plan, but would sure like to have a great internet-connected phone in our pockets.

On the other hand, if you’re going to be using the unlocked iPhone on AT&T (which you will be if you live in the U.S and want 3G coverage) then you’ll pay the exact same monthly fee whether you use an unlocked phone or not. That means you pay an extra $450 for pretty much nothing.

I guess if you do a lot of traveling you could pop in a foreign SIM card, but otherwise, why bother?
Posted by Toukir Rahman